The Coup Failed in Jordan! 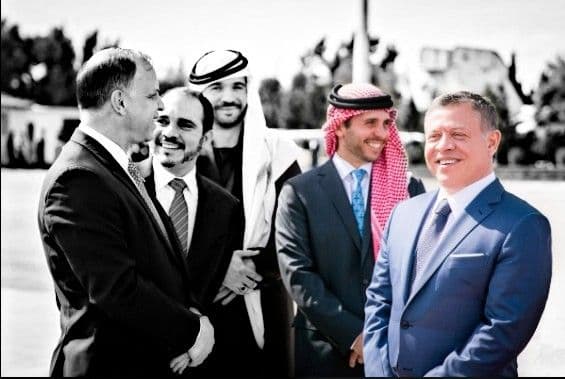 Bassem Awadallah, the former head of the Royal Court, Sharif Hassan bin Zayed, and several others, including a Saudi national, have been detained by the Jordanian Intelligence Service on security charges.

The United States, Saudi Arabia, Egypt, and Gulf Cooperation Council have all expressed support for King Abdullah and his Crown Prince Hussein.

Prince Hamza bin Hussein served as Jordan’s Crown Prince from February 7, 1999, to November 28, 2004, following the death of former King Jordan, but was ousted during a vague affair.
According to the Jordanian constitution, the king’s eldest son will be crowned as his successor after his death; Unless the king has chosen one of his brothers as crown prince. On July 2, 2009, King Abdullah II elected his son Hussein as Crown Prince.