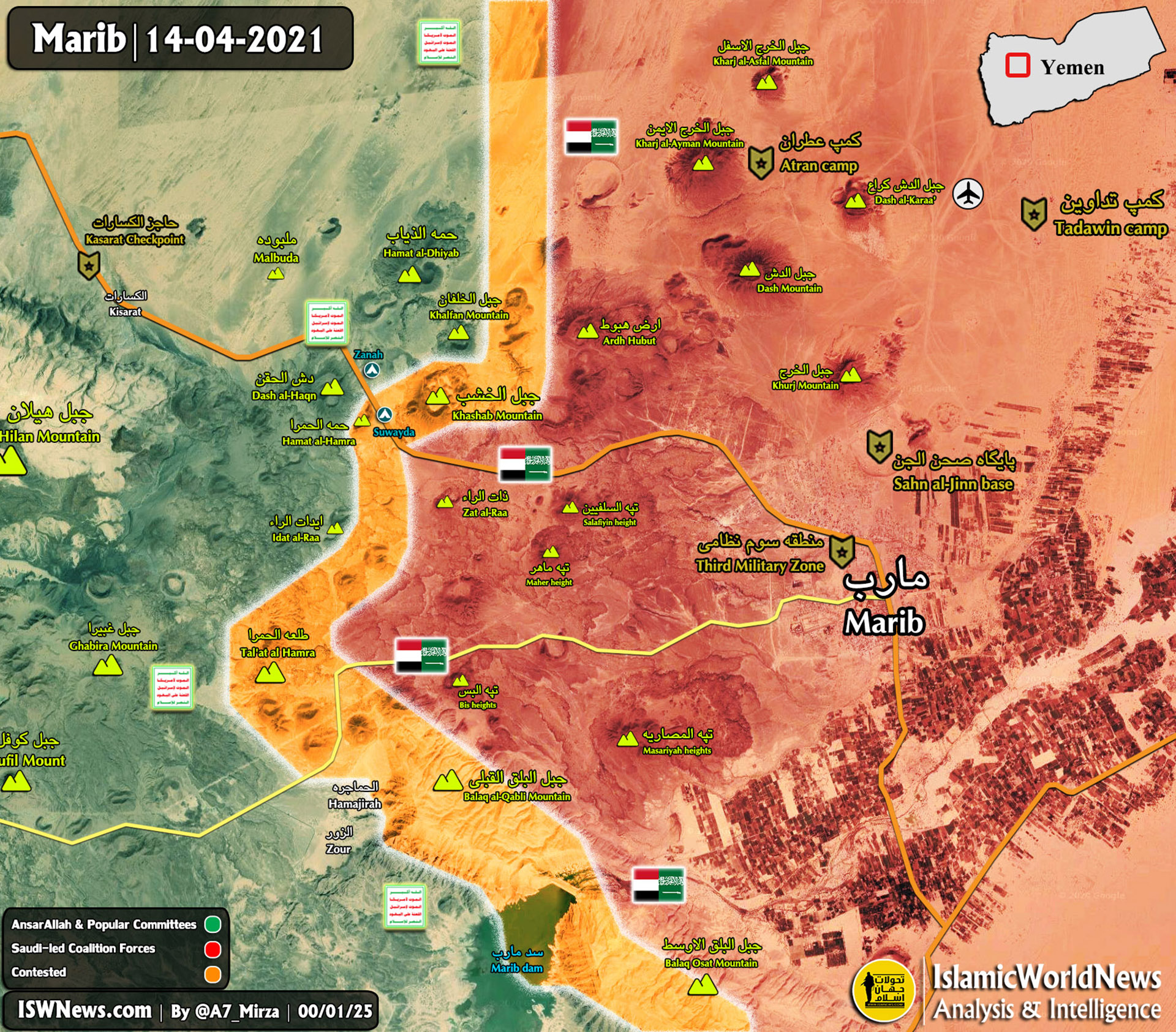 ISWNews Analysis Group: Clashes between Ansar Allah and Saudi-led forces continued on the western front of the city of Marib.

The United Nations has also sent envoys to the camp in recent days. On the other hand, the media affiliated with the Saudi coalition are censoring the facts on the ground and falsely claiming that Ansar Alah is attacking civilians and displaced people in the camp. The presence of UN representatives in this camp is a sign of security, at least from Ansar Allah!

According to the latest field updates, the areas of Hamat al-Hamra and al-Khashab mountain are empty of control by both sides, and Ansar Allah has these areas under his fire control. In the past 24 hours, Saudi coalition warplanes have bombed the frontlines in the Madghal and Sarwah areas 9 times, with the Zinah refugee camp being one of the areas bombed by the coalition.

According to Muammar al-Rayani, Minister of Information, Culture and Tourism of the resigned government of Mansour Hadi, there are 1870 families living in al-Suwayda refugee amp, of which 620 families were transferred from al-Mill, al-Khair and Tawassul camps to al-Suwayda camp in February and March this year.

During the Ansar Allah operation in Marib, the refugee camps have always been the shield of the Saudi coalition to prevent Ansar Allah from advancing or to slow down the Ansar Allah progress. So it is expected that Ansar Allah continue its advances along the northern and southern areas of the western Marib-Sanaa road, to encircle and forcing coalition forces to retreat from al-Suwayda refugee camp.