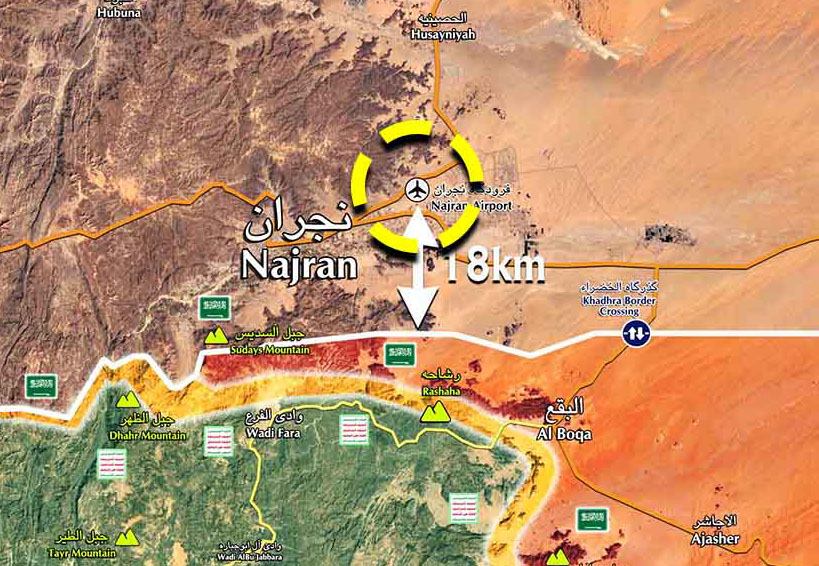 A spokesman for the Yemeni Armed Forces, Brigadier General Yahya al-Sari’, said: “At dawn today, the missile and air force managed to carry out a large-scale joint operation, using 12 missiles and drones, during which the facilities of Aramco and Najran Airport and other critical points in the city of Najran were targeted. The operation was carried out with Badr and Sae’ir missiles and Qasef 2K drones, And thanks to God, the strikes were accurate. This operation is within the framework of our natural and legal right to respond to the escalation of aggression and the ongoing siege of our country.”

The Saudi coalition has claimed to have shot down three missiles and eight drones in the skies of Najran and refused to release further details.