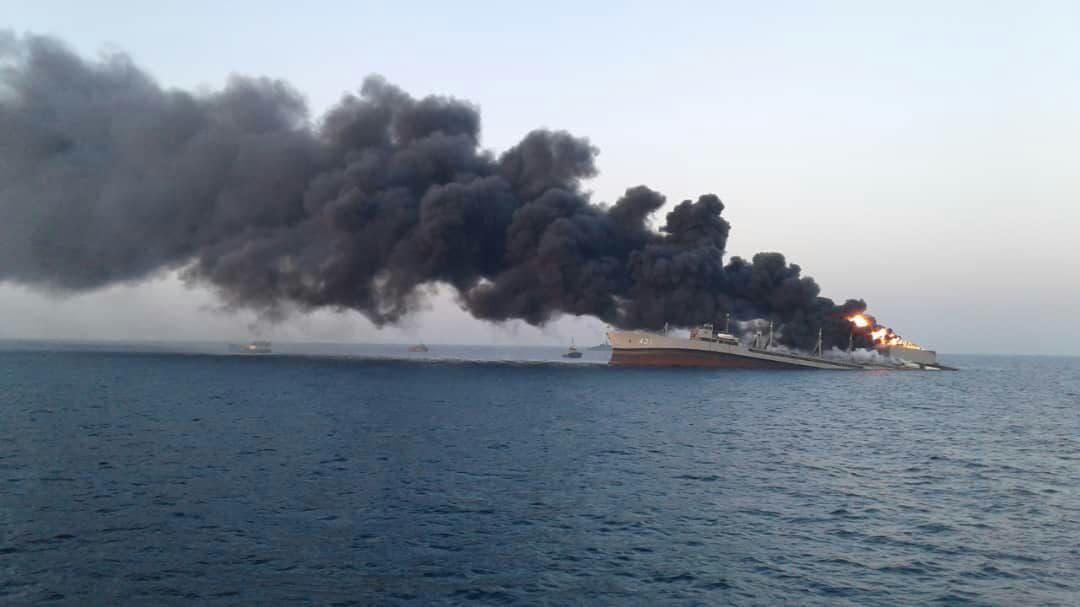 ISWNews Analysis Group: Efforts by rescue workers to contain the fire on Khark logistic vessel were unsuccessful, and the ship sank off the coast of Jask port after four decades of operation.

The naval training support vessel, which had set sail for a training mission in the high seas a few days earlier, caught fire on Tuesday near the port of Jask, but all the crew disembarked safely and were taken ashore.

The cause of the Khark ship fire was announced a technical defect in the boiler, which despite more than 20 hours of rescue efforts, was unsuccessful and eventually the ship sank in the shallow waters of Jask port.

Khark was the second largest naval vessel in Iran and West Asia after Makran forward-base ship, which had the ability to support, train and supply. On 22 February 2011, the Khark logistic vessel, along with the Alvand frigate, crossed the Suez Canal for the first time since the Iran revolution to participate in a military drill in Syrian coast.