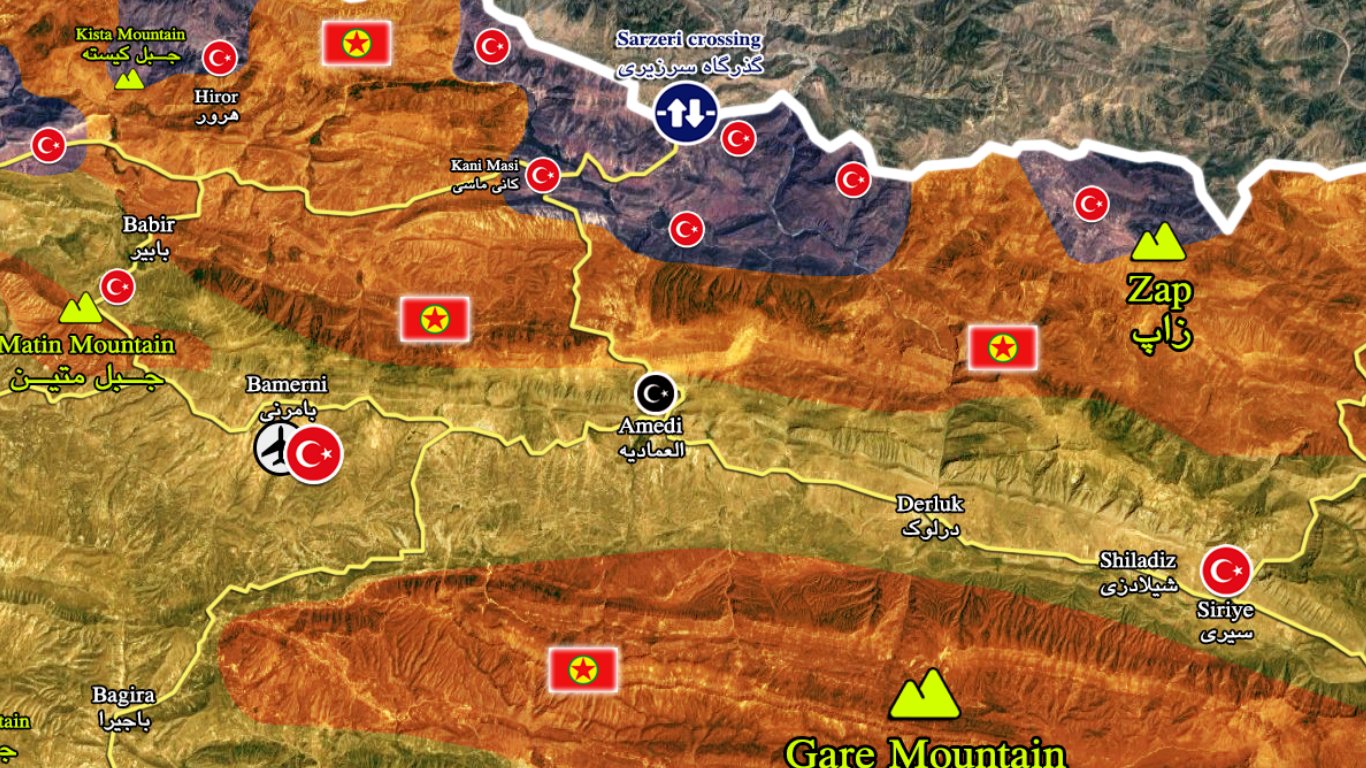 According to the latest reports, the Peshmerga engineering unit, which was heading to the mountains overlooking the city of Emadiyah to clear and establish a military post, was targeted by a guided missile by the PKK group. Shooting was reported in the area for several hours after the attack.

Five Peshmerga members were killed and six others were wounded in the attack.

The PKK militants warned in a statement this morning that the group’s forces are resisting Turkish aggression and called on Peshmerga to refrain from entering PKK-controlled areas of Matina. In another statement, PKK militants said that Barzani’s Peshmerga forces had fired on the PKK militant camp, and that they had responded.