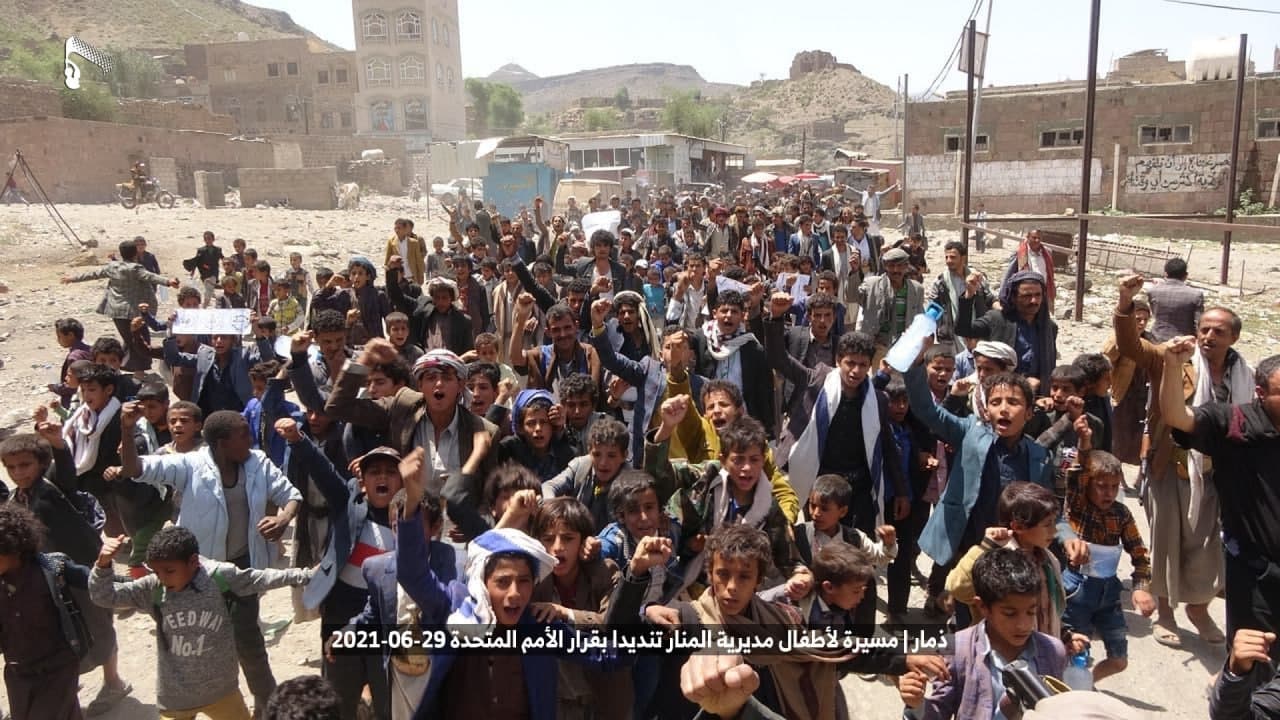 Latest news of clashes between Ansar Allah and Saudi-led forces in Marib, Al-Hudaydah and statistics of Saudi coalition airstrikes in Yemen

1- Marib:
– Scattered clashes between Ansar Allah and the Saudi-led forces continue on the eastern fronts Sarwah and Madghal. The areas of Dash al-Haqan, Nakhla and Idat al-Raa are the scene of conflict, and the two sides do not have control over these areas.
– An unidentified number of Saudi-led forces have been killed and wounded in Ansar Allah’s missile attack on the Sahn al-Jinn military base and the third military zone in the city of Marib. Ansar Allah used two Badr 1 missiles in this attack.

3- Al-Hudaydah:
Saudi-led forces violated the ceasefires 237 times in the province in the past 48 hours.

4- Hajjah:
One person was killed and two others were wounded when Saudi coalition warplanes bombed the district of Abas.

5- Dhamar:
Demonstrations by Al-Manar administration and children in protest of UN involvement in the killing of Yemeni children. (Image)