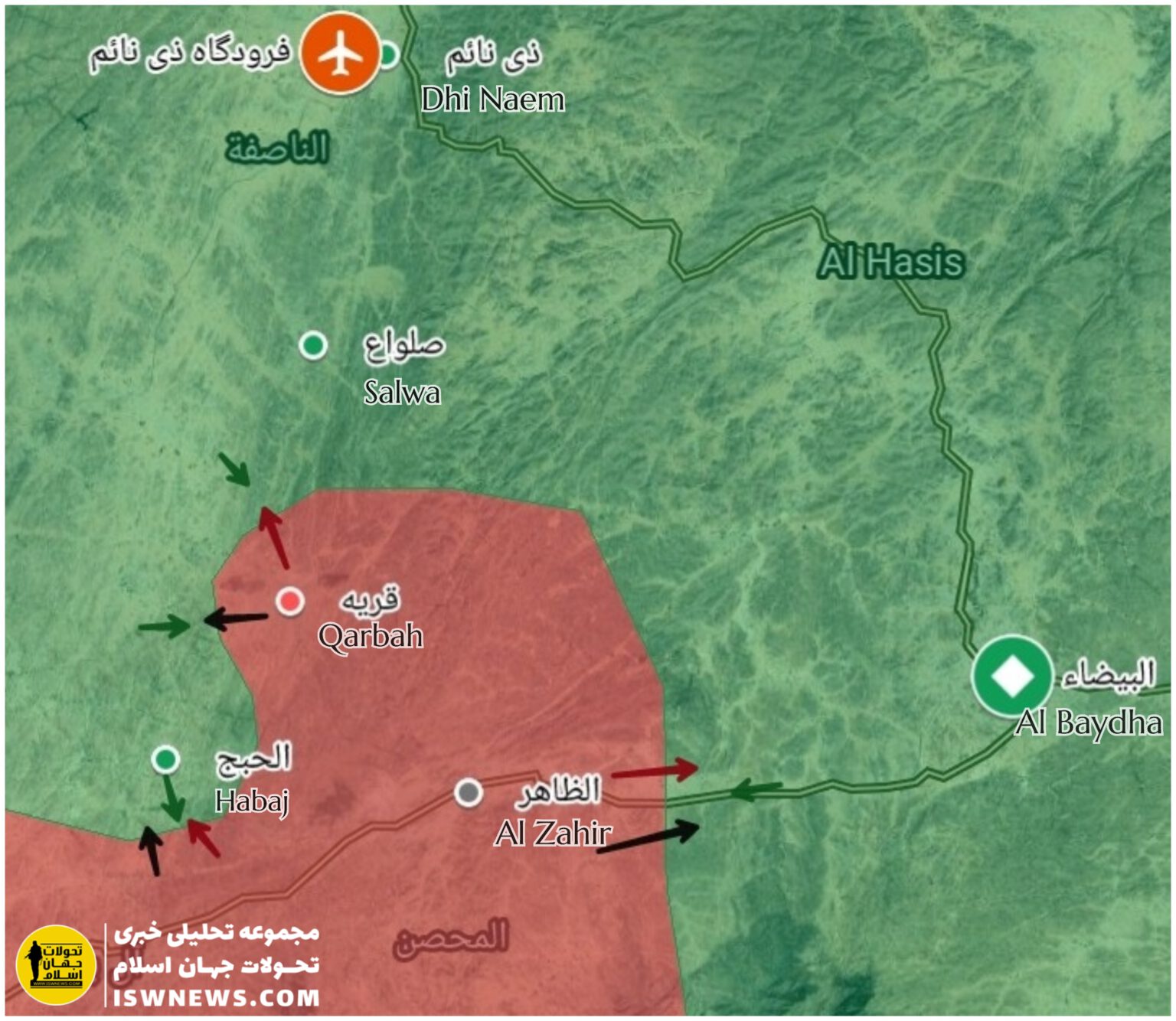 According to latest updates on the Saudi coalition operation launched mainly by Mansour Hadi’s and Al Qaeda terrorists in Baydha province, heavy conflicts going on at western and eastern fronts of Baydha town.

Saudi coalition captured Qarbah village in north of Zahir but their claim to advance toward Aqlah on the east of Baydha is not true. AnsarAllah is preparing and distributing popular forces and allied tribes in Baydha fronts and it is expected to launch their counterattacks shortly.

It is noteworthy that the operation was launched by announcement of Muammar Al Rayani, minister of media of Mansour Hadi’s resigned government, on Friday under the name ‘Najm al-Thaqib’ and the mission is said to occupy Baydha province. Officials and commanders of Ansar Allah have not reacted got the operation yet.