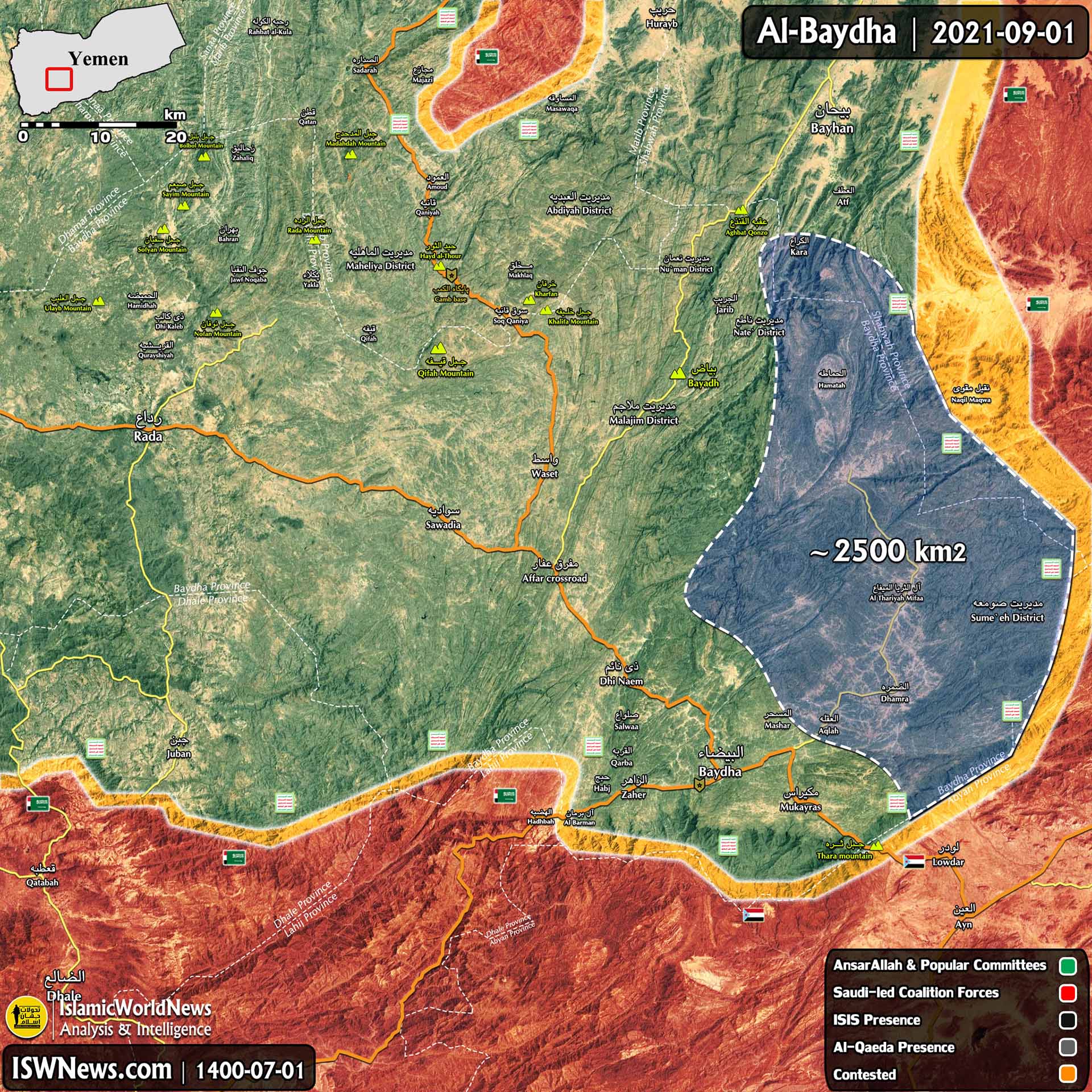 ISWNews Analysis Group: According to information provided by the spokesman of the Yemeni Armed Forces, about 2,500 kilometers from the western part of the province was liberated during the large-scale operation “Fajr al-Hurriya” to completely clear Al-Baydha province of Takfiri terrorists.

It is worth noting that during Ansar Allah operations against terrorist elements in the region, Saudi coalition warplanes carried out more than 30 airstrikes against Ansar Allah in support of terrorist groups.

According to information provided by Yahya al-Sari’, a spokesman for the Yemeni Armed Forces, the missile and drone units carried out 10 missile and drone strikes against positions of ISIS and al-Qaeda terrorist groups during the operation. Also, about 70 terrorist elements and mercenaries of the Saudi coalition were killed in the operation, and another 120 were wounded and 40 were captured.