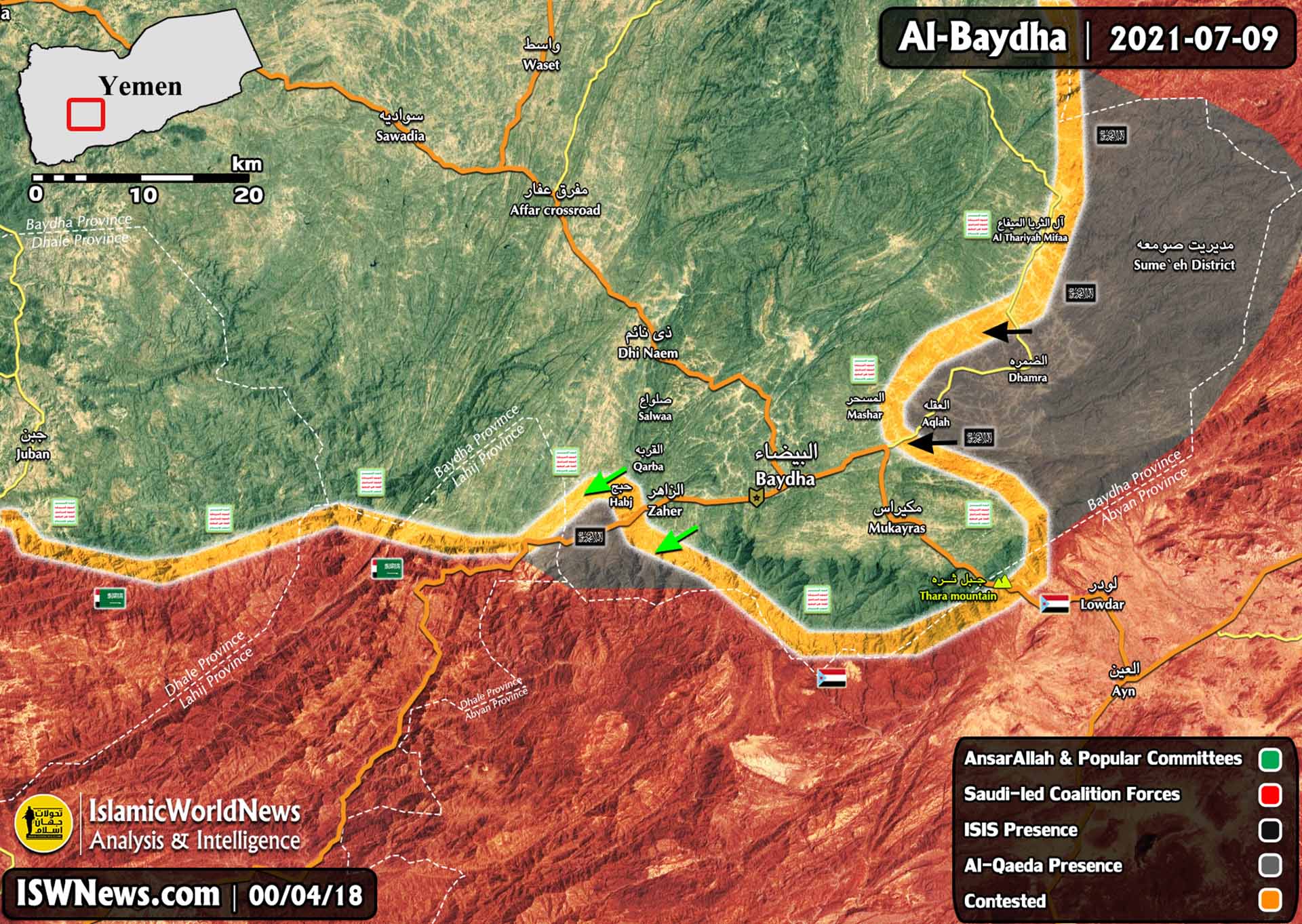 ISWNews Analysis Group: Ansar Allah and Popular Committees managed to liberate the town of Al-Zaher in the south of al-Baydha province, despite attacks by al-Qaeda and Saudi coalition forces in the south of the province.

As mentioned in previous articles; according to the agreement of the tribal elders of this area, the Al-Zaher district center was to stay away from the clashes in order to prevent civilian casualties and damage to residential areas. However, al-Qaeda and Mansour Hadi militants did not recognize the agreement of the tribal elders and entered the town and launched a new operation to capture al-Baydha province.

However, a few days after the clashes, Ansar Allah forces surprised al-Qaeda and the Saudi coalition terrorists and liberated the town of Al-Zaher and a number of surrounding areas. Until yesterday, however, pro-Saudi media reported on the advance of coalition forces towards Dhi Na’im and the capture of Salwa’ in northern Al-Zaher which were not true.

Currently, clashes continue around the Habaj area. Also in the southeastern axis of al-Baydha province and on the al-Sawma’ah district front, al-Qaeda militants made little progress in the early days of the battle. However, these advances have stopped and Ansar Allah counter-attacks have begun to repel al-Qaeda terrorists on this axis.