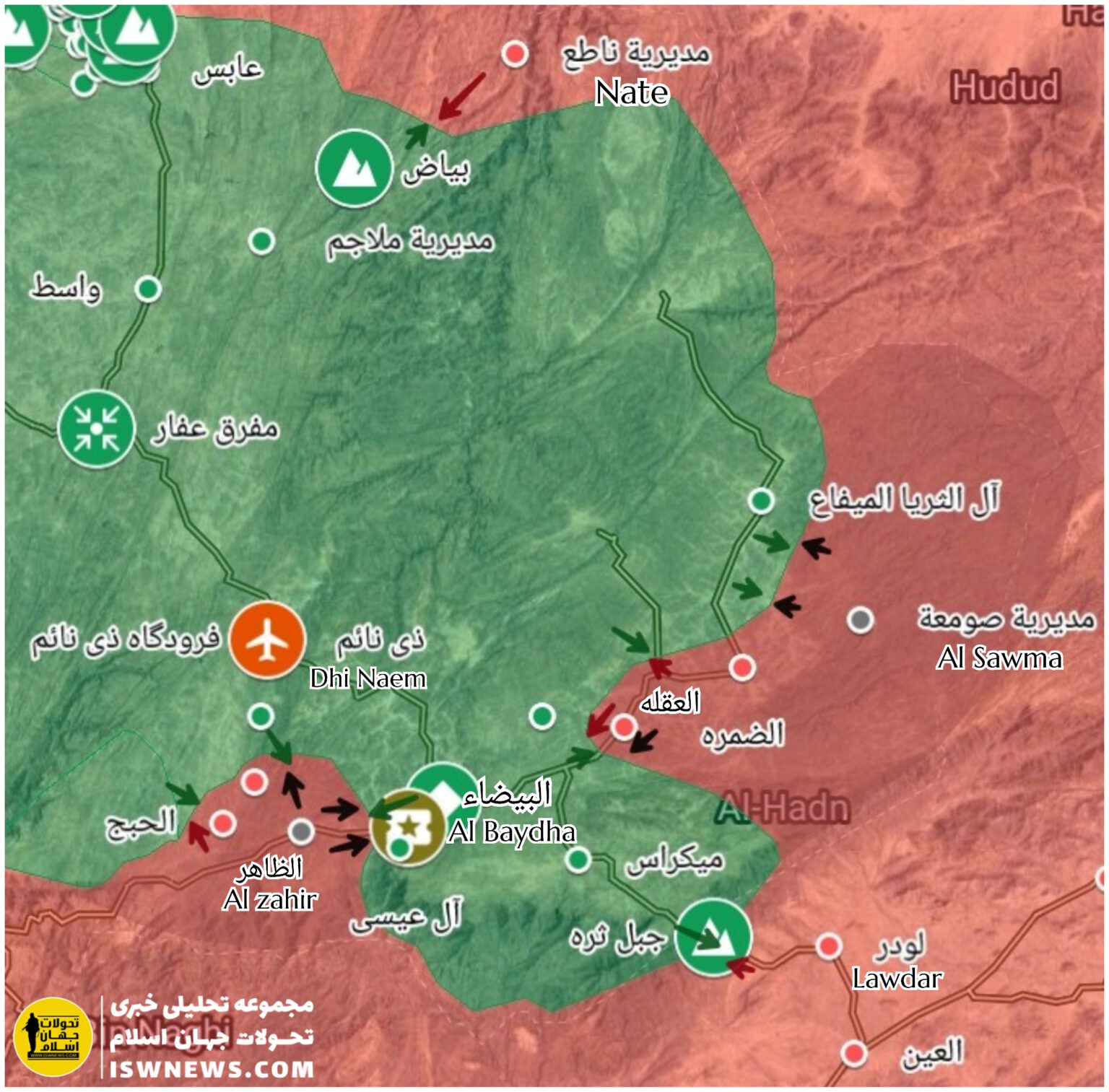 ISWNews Analysis Group: Clashes between Ansar Allah and Saudi-led forces continued on the districts of al-Zaher and al-Sawma’ah.

According to the latest information, front line has not changed in Baydha and the conflict is continuing in al-Zaher district in areas Qarbah and center of the district. In east of Baydha and al-Sawma’ah district conflict continues near Aqlah and east of Mahsar.

As usual Saudi coalition media report everything upside down and exaggerate the advances. There is a news of Ansar Allah’s tens of casualties in the conflict in center of al-Zaher district which is not true. According to ISWNews local source, both sides agreed to prevent casualties on civilians by evacuating the region and not entering al-Zaher. But Al Qaeda militants do not respect the agreement between Mansour Hadi and Ansar Allah and entered the town.

At the moment, AnsarAllah’s reinforcement arrived Baydha from Sanaa and took position at different fronts. Also there is a possibility of launching an operation to reclaim the lost lands in coming days, whose preliminary is information and surveillance operation for the operation which has not been fulfilled yet.