Clashes between the SDF and Arab tribes in Deir Ezzor 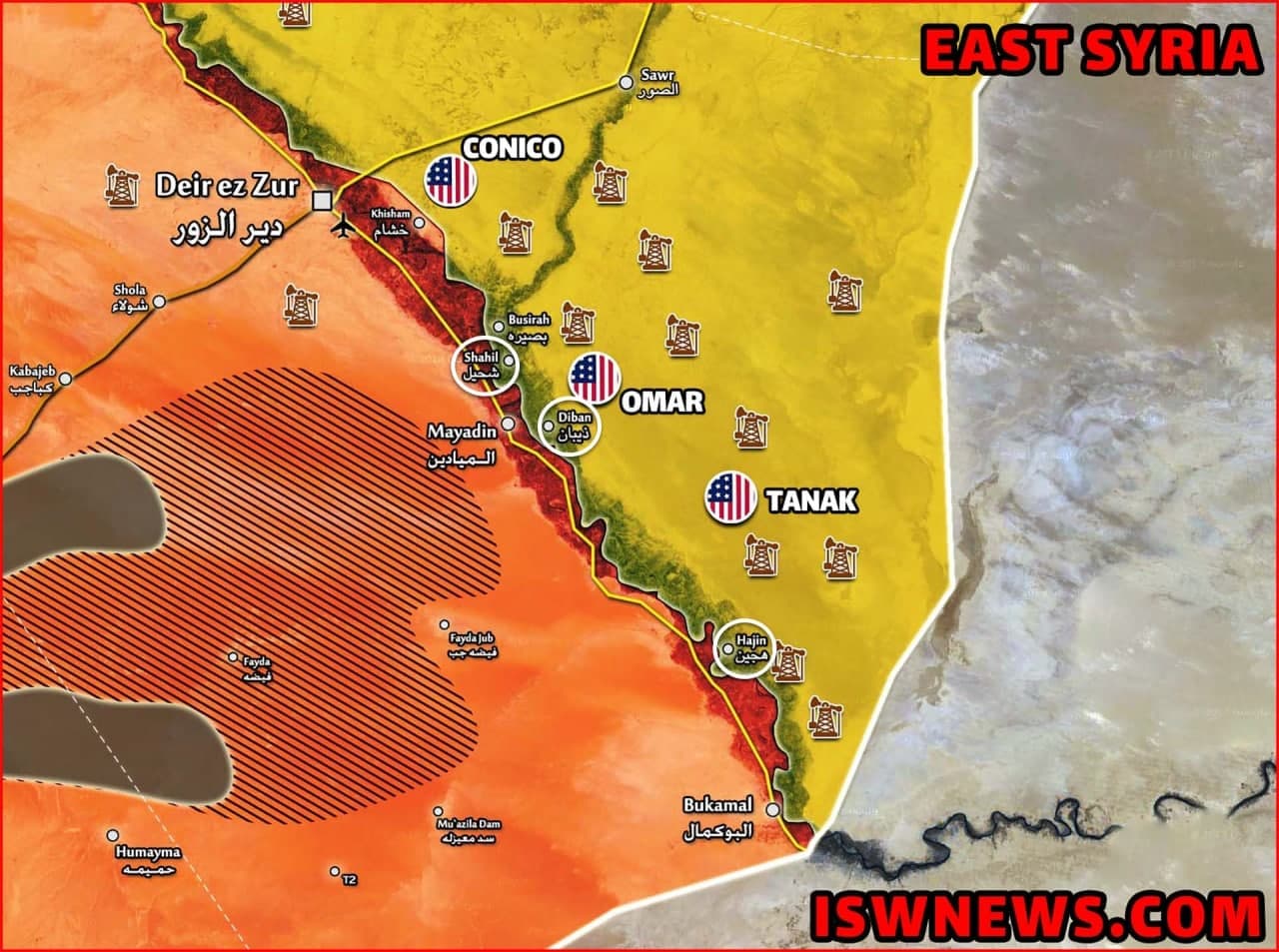 ISWNews Analysis Group: Tensions between the Arab tribes and SDF have increased in Deir Ezzor province after the killing of two residents of the town of Dhiban by the Syrian Democratic Forces (SDF).

On Saturday morning, gunmen from the Al-Akidat tribe attacked two SDF checkpoints in the town of Dhiban, and clashes intensified between the two sides. Following the escalation of the conflict, the SDF decided to send reinforcements to the Dhiban, but the reinforcements were attacked by Arab tribes before reaching their headquarters in the town center.

Other Arab tribes in the towns of Al-Shahil and Hajin also attacked the Syrian Democratic Forces (SDF).

Clashes erupted after SDF forces, backed by US coalition helicopters, raided several houses in the town of Dhiban, killing two men. Residents of Dhiban, Al-Shahil and Hajin oppose the presence of SDF forces in their towns, but the Syrian Democratic Forces (SDF) continue to occupy these areas with the support of the US Army.