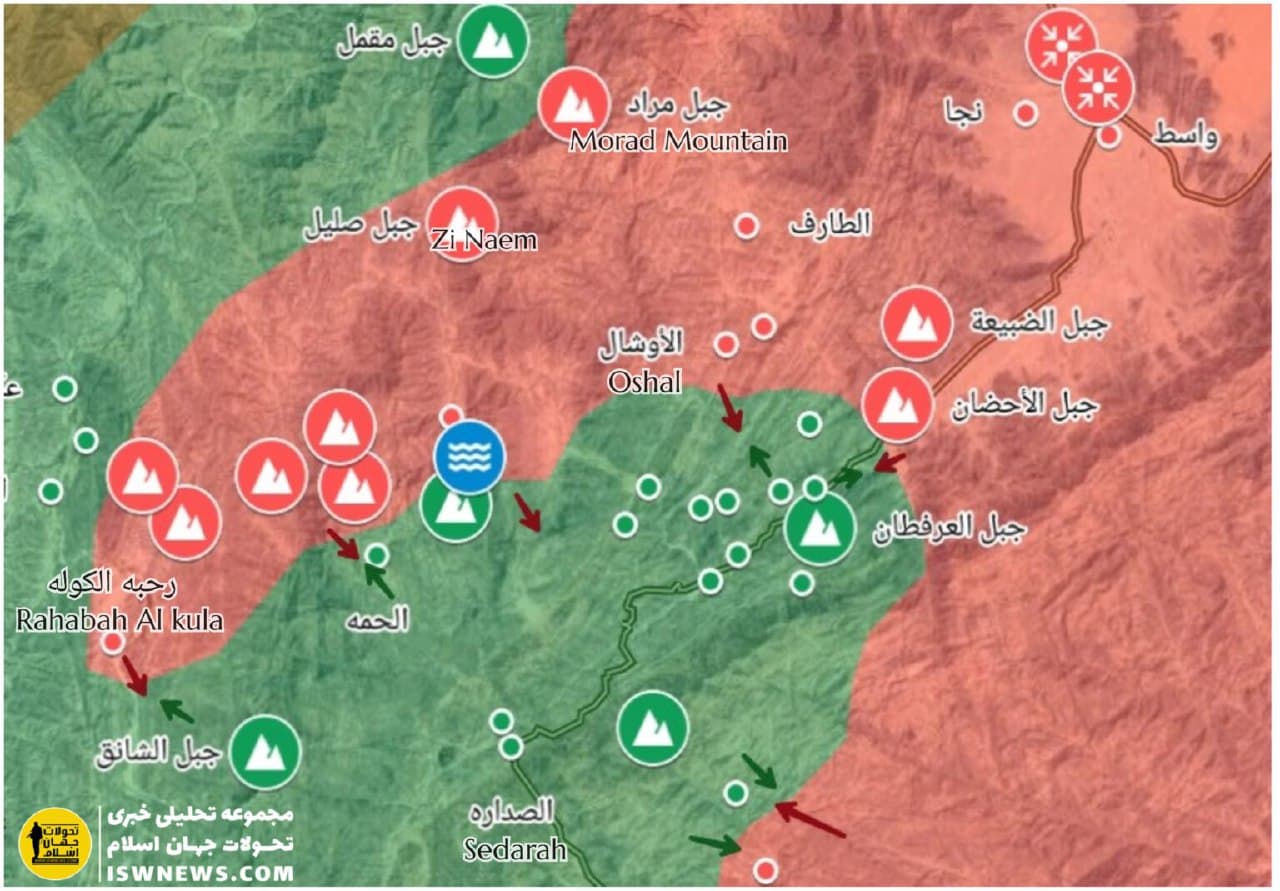 According to the latest information from the southern front of Marib province, Ansar Allah has repulsed the attacks of Saudi-led forces in the Harib area and fighting with the Saudi-led forces is still continued near the Kulat al-Rahbah, the center of Rahbah district.
Ansar Allah has launched its attacks to retake the district center of Rahbah and Madhrah area. However no significant progress has been made on this axis.