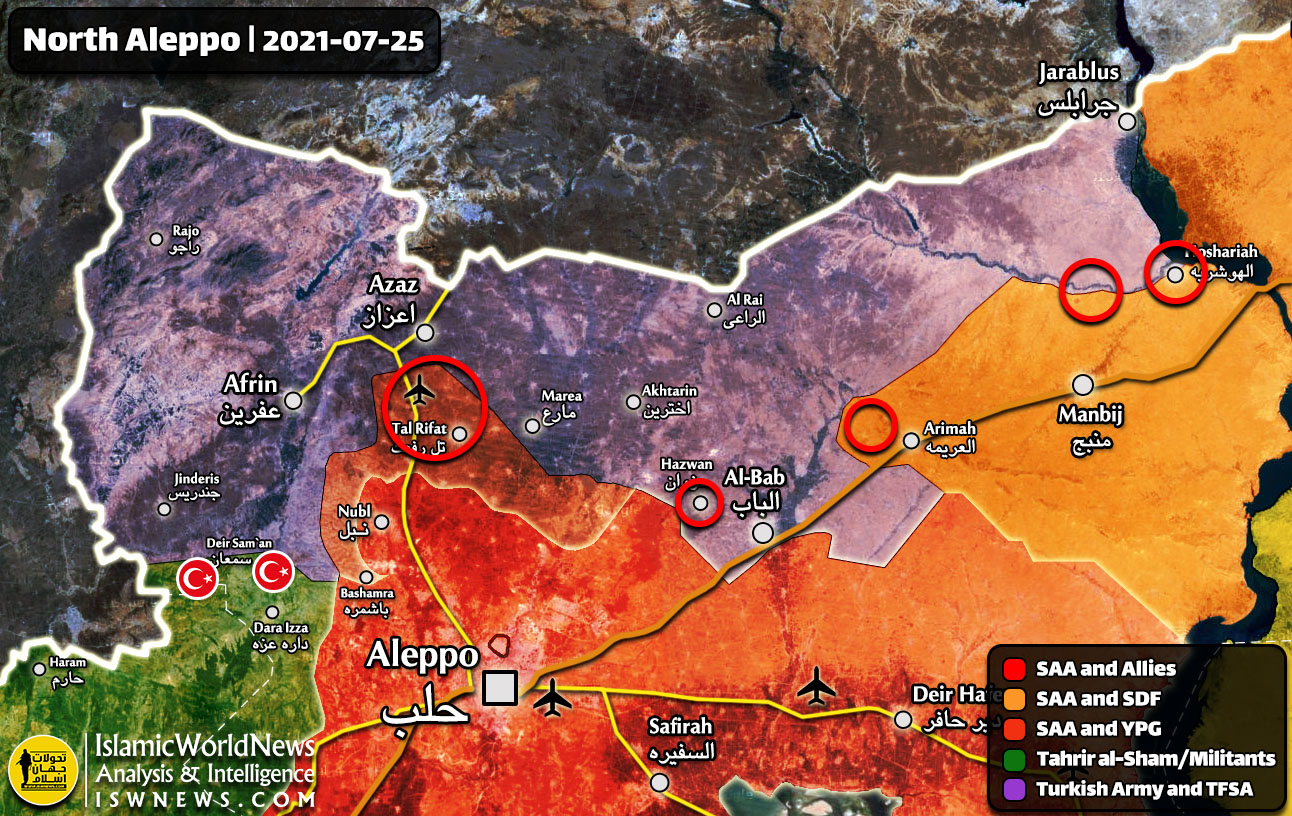 ISWNews Analysis Group: Two Turkish soldiers were killed and seven others were wounded when a Turkish military vehicle was hit by a guided missile near Hazwan village, west of the city of Al-Bab.

After the Turkish Euphrates Shield operation in the north of Aleppo province and the occupation of large areas in this region by Turkey, the southern areas of Azaz and Shahba Dam have always become a place for scattered clashes and artillery duels between Turkish and Kurdish militants. Last night, following a series of incidents and clashes, a Turkish military vehicle was targeted and the killing of two Turkish soldiers brought the level of clashes in the area to a new level.

Clashes have escalated in northern Aleppo province, while tensions between the Syrian army and Turkish-backed militants have risen sharply in southwestern Aleppo province and the Idlib region. According to the latest news and information, Turkish-backed militants and Tahrir al-Sham are preparing to launch a possible military operation in the Idlib region.