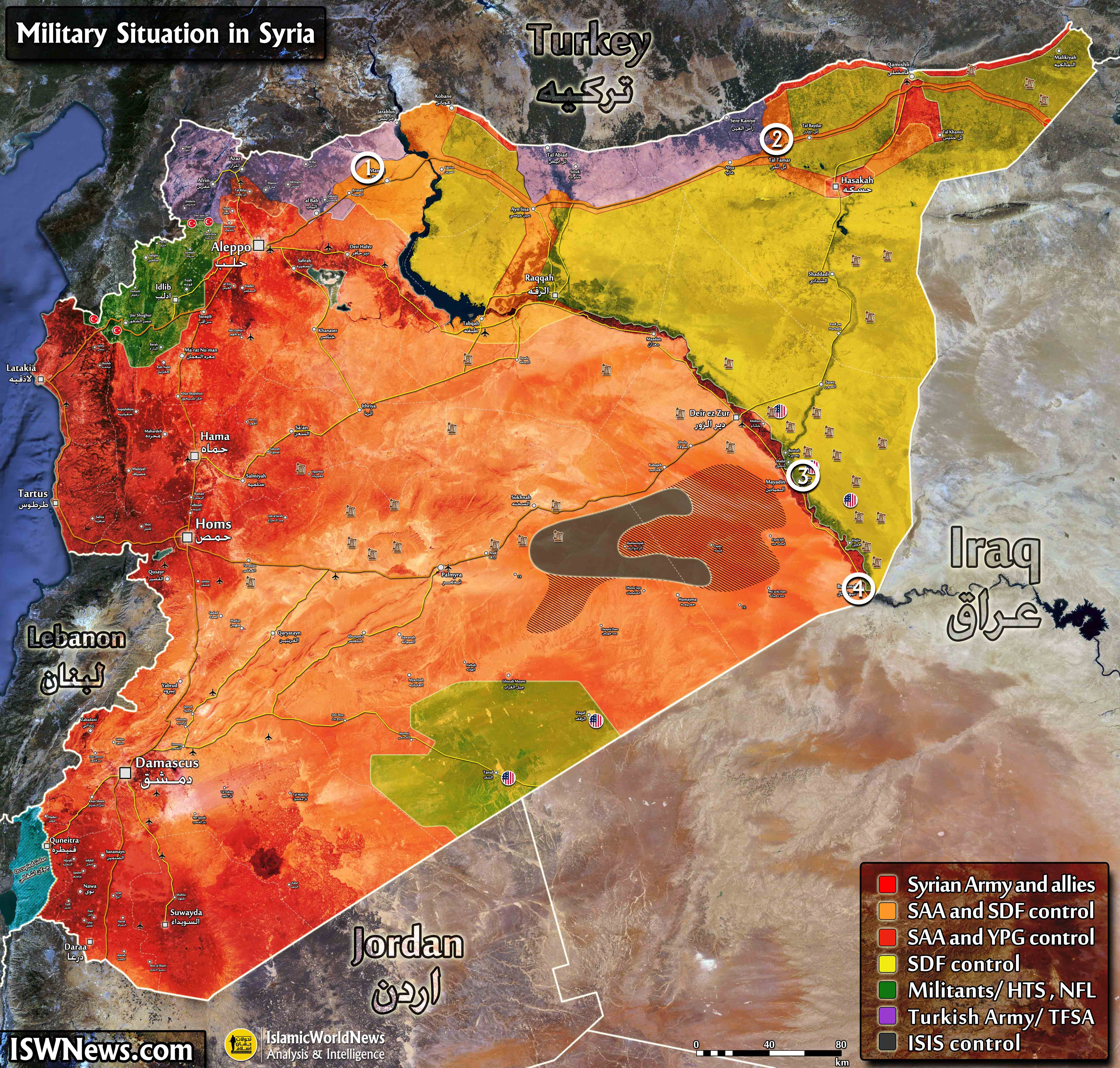 ISWNews Analysis Group: According to the Russian Center for Reconciliation in Syria, the militants violated the ceasefire 23 times in the Idlib region, including 1 in Aleppo province, 4 in Latakia province, 5 in Hama and 13 in Idlib province.

3- Deir Ezzor:
– SDF arrested two ISIS terrorists in the city of Zabyan. They were active in assassinations and attacks on SDF headquarters in Deir ez-Zor.
– One SAA soldier was killed by ISIS near the town of Bukmal.

4- Daraa:
– One SAA soldier was killed on the outskirts of Daraa.
– The first group of militants left the Daraa al-Balad neighborhood by green buses for the northern regions of Syria.

5- Idlib:
– Russian warplanes attacked the village of Kafarmid in Idlib.
– One SAA soldier was killed in the Idlib province.

7- According to the Russian Reconciliation Center in Syria, the militants violated the ceasefire 23 times in the Idlib region, of which 1 in Aleppo, 4 in Latakia, 5 in Hama and 13 in Hama.