Amir-Abdollahian: The perpetrators of the assassination of Martyr Soleimani will be punished 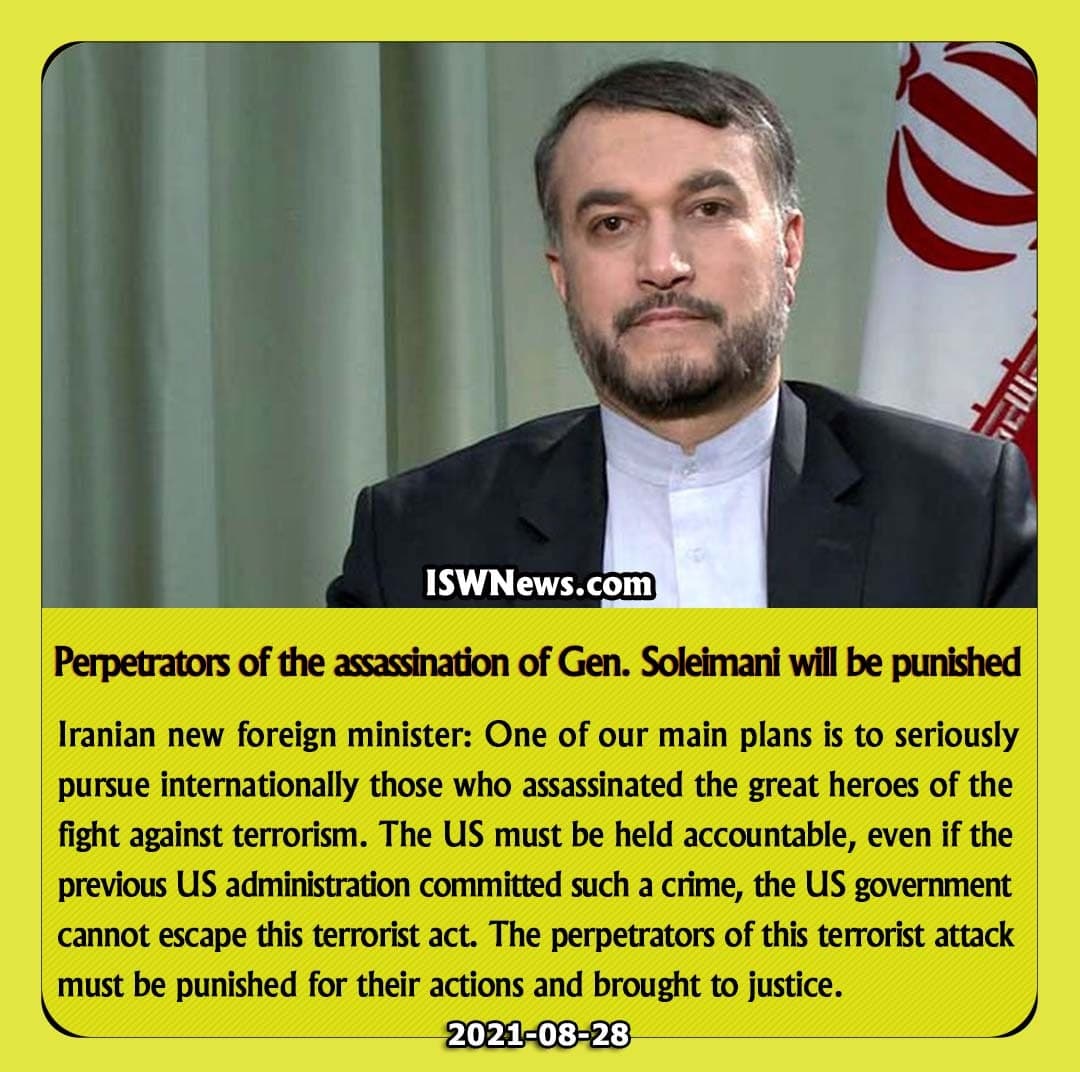 Hossein Amir-Abdollahian paid tribute to the martyrdom of Haj Qassem Soleimani and Abu Mahdi al-Mohandes by attending the martyrdom site.
He said: “We are present in a place where dear General Soleimani, Abu Mahdi Al-Mohandes were martyred. We cherish the memory of all Iranian and Iraqi martyrs and the resistance.”

The Iranian Foreign Minister emphasized: “Certainly one of our main plans in the Ministry of Foreign Affairs is to seriously pursue internationally those who assassinated the great heroes of the fight against terrorism. The US must be held accountable, even if the previous US administration committed such a crime, the US government cannot escape this terrorist act. The perpetrators of this terrorist attack must be punished for their actions and brought to justice.”