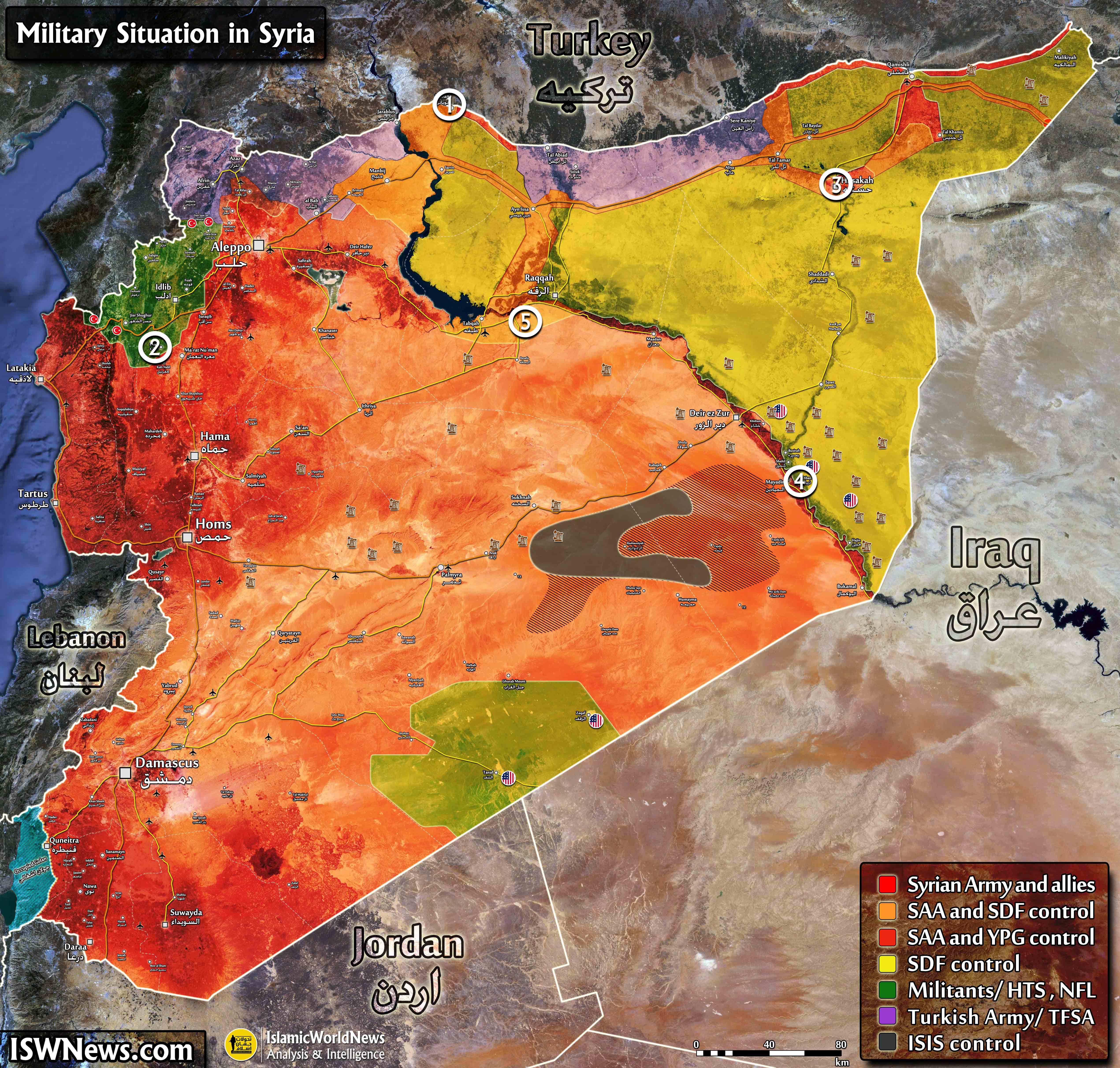 ISWNews Analysis Group: According to the Russian Reconciliation Center in Syria, the militants violated the ceasefire 27 times in the Idlib region, of which 2 are in Aleppo province, 6 are in Latakia province, 1 is in Hama and 18 are in Idlib province.

1- Aleppo:
– Joint patrol of the Russian military police and the Turkish army in the Ain al-Arab region.
– A Turkish-backed militants vehicle was targeted on the outskirts of Afrin. The number of dead and wounded and the cause of the attack are not known.
– Turkish-backed artillery attacked near the village of Sharava on the outskirts of Afrin.
– Turkish-backed artillery attacked northwest of Manbij.
– A car bomb exploded in the city of Al-Bab.
– Russian fighter jets attacked targets in “Dare Azza” and the village of Sheikh Suleiman in western Aleppo.

3- Hasakah:
– SDF Special Forces with the support of the US coalition arrested two ISIS operatives in the city of Hasakah.
– Turkish-backed artillery attacked outskirts of Tal Tamar, north of Hasakah.

4- Deir Ezzor:
SDF Special Forces, backed by the US Coalition, arrested an ISIS-linked man in the town of Dhiban.

5- Raqqah:
Two Syrian Army forces were killed by a landmine in southwestern Raqqah.

6- Daraa:
Joint patrol of Russian military police, Syrian Army and Deraa Central Committee was carried out in the area of Yaduda.

8- A US Boeing P-8A Poseidon military aircraft patrols was spotted in western Syria.

9- On Sunday, an Iranian oil tanker carrying Lebanese fuel arrived in the Syrian port of Banias.

10- According to the Russian Reconciliation Center in Syria, the militants violated the ceasefire 27 times in the Idlib region, of which 2 in Aleppo, 6 in Latakia, 1 in Hama and 18 in Hama.