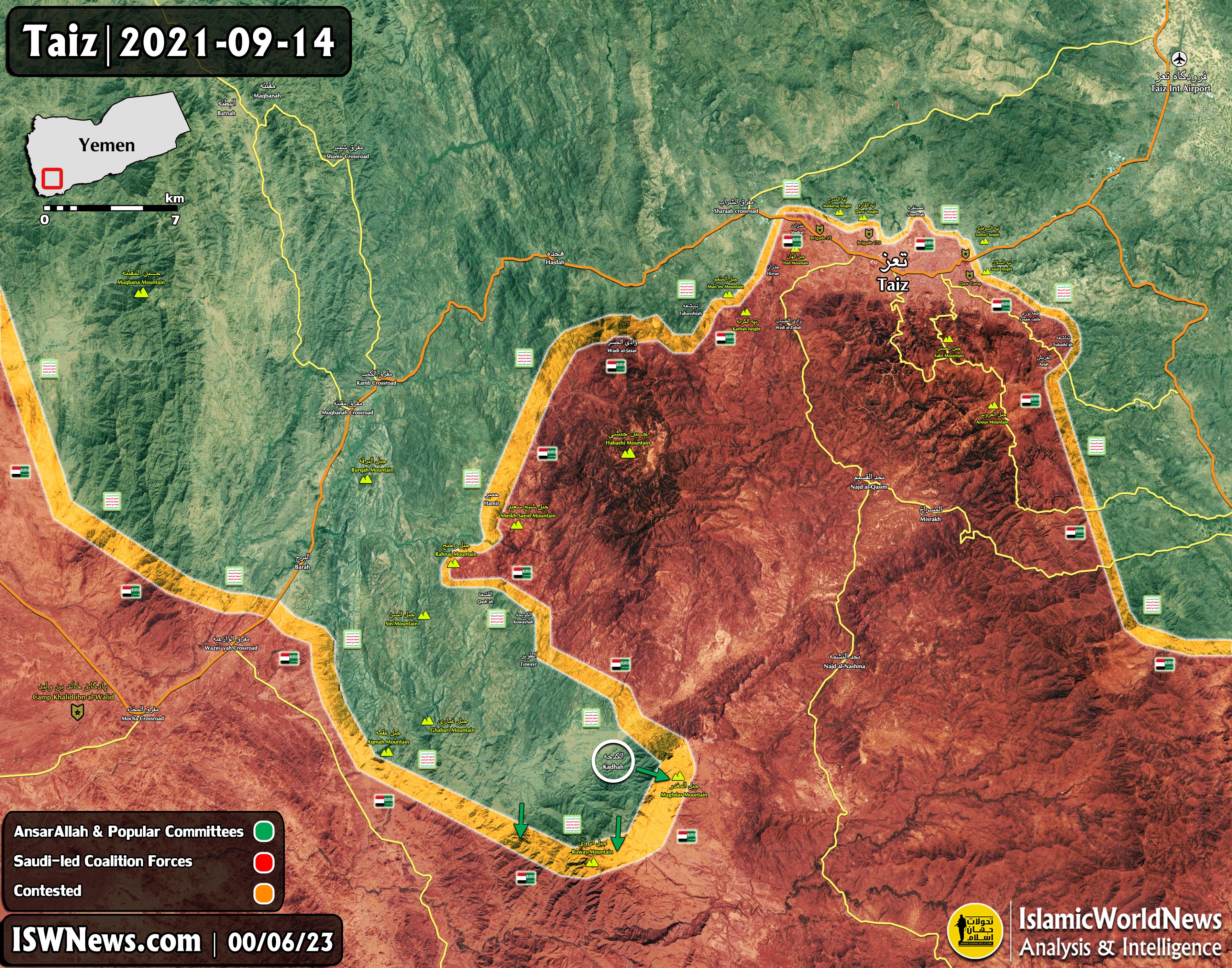 ISWNews Analysis Group: As a result of the withdrawal of Mansour Hadi forces from the region and the heights of Al-Kadhah, Ansar Allah regained control of these areas.

According to the latest news from the Taiz front, Mansour Hadi and al-Qaeda militants who were based in al-Kadhah and its suburbs, including Maghdar and Ruwai mountain, withdrew due to lack of financial support from the Saudi coalition. According to an ISWNews field source, Ansar Allah forces have been sent to these areas and regained control of the areas.

Following the Saudi coalition operation on March 11, 2021, Ansar Allah withdrew from the al-Kadhah area. During this operation, Mansour Hadi and the National Resistance (Tariq Saleh) forces attacked Ansar Allah positions in the districts of Jabal Habashi and Mughbaneh from two directions, and Ansar Allah had forced to retreat from the important area of ​​al-Kadhah to prevent heavy casualties.

Now, after six months and suffering casualties from Ansar Allah missile and drone strikes, the Saudi-led forces have retreated without coalition support from this important area.

It is worth mentioning that in a single missile attack by Ansar Allah, which took place on March 14, 2021, more than 16 members of Mansour Hadi and al-Qaeda forces were killed and 52 others were wounded.

Meanwhile, clashes on the northern fronts of Taiz are sporadic, and most of the Saudi coalition’s operations have been limited to airstrikes on and around Taiz airport.