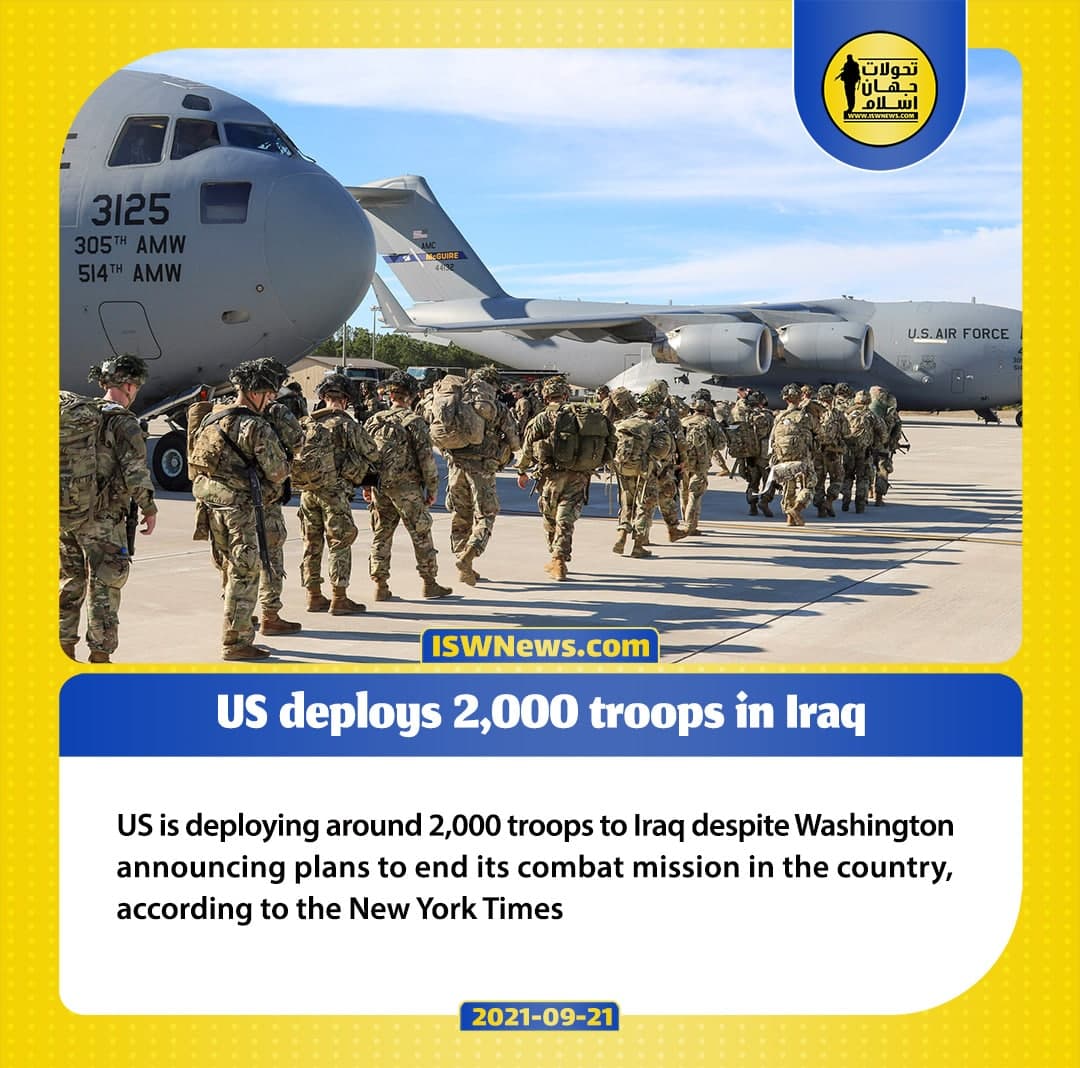 ISWNews Analysis Group: Contrary to US claims to end its combat operations in Iraq, the United States will deploy another 2,000 troops in Iraq.

Regarding the deployment of 2,000 US troops in Iraq, a Pentagon official said: “The new troops will be deployed in Iraq to support the forces leaving Iraq and the normal relocation of units to continue joint operations against ISIS. US forces are present in Iraq at the invitation of the Iraqi government to support the Iraqi military.”

Earlier, US President Joe Biden announced that the US combat mission would end by the end of this year, but that the US military would remain in Iraq to train and assist Iraqi forces. The final statement of the fourth round of the Baghdad-Washington Strategic Dialogue also stressed that the US-Iraq security relationship should be fully transformed into a training, advisory, support and intelligence role, and that by December 31, 2021, no US troops will play a combat role in Iraq.