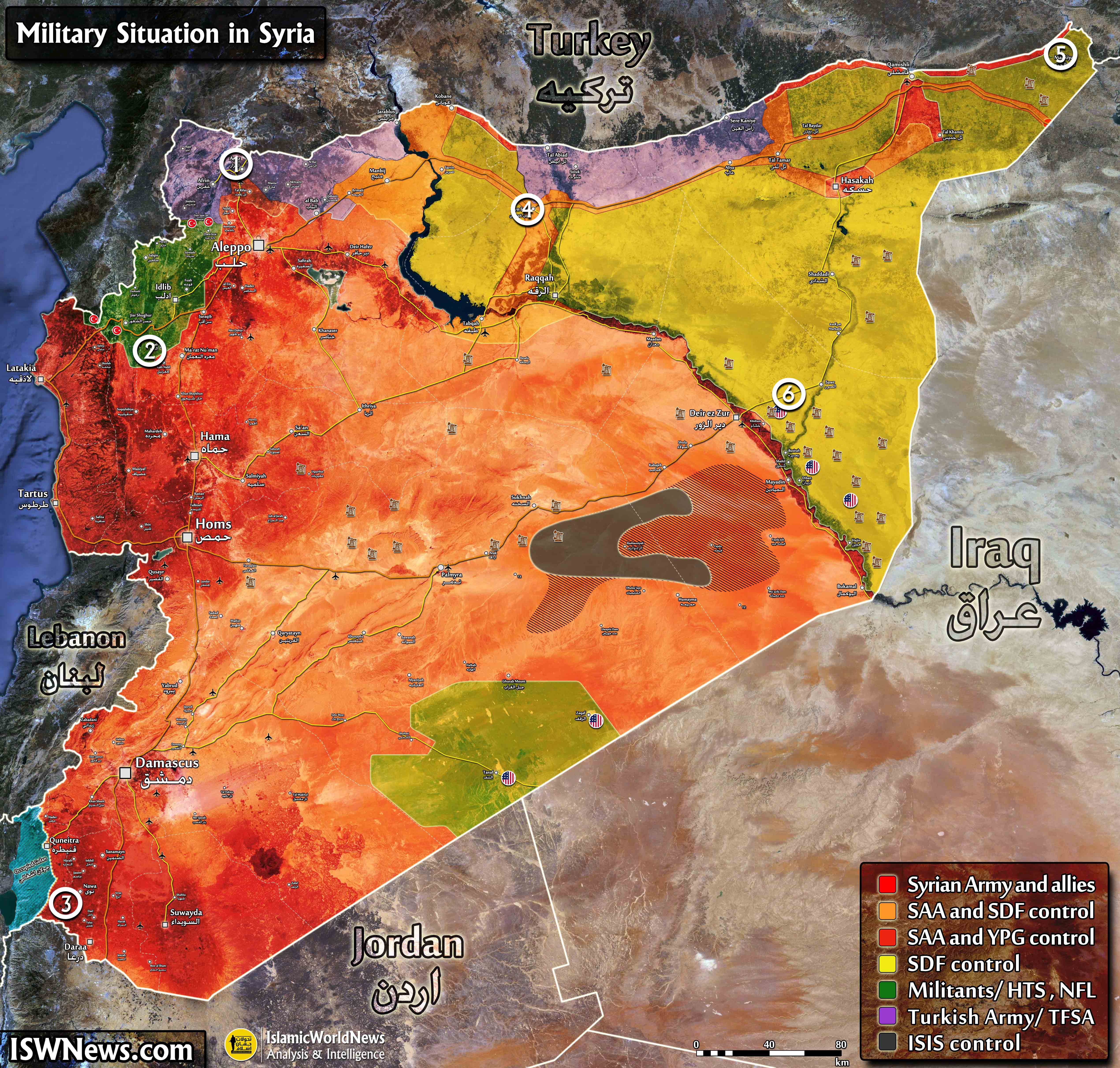 ISWNews Analysis Group: According to the Violations Documentation Center in North Syria, 487 civilians have been killed by Turkish gendarmeries since the beginning of the Syrian crisis.

1- Aleppo:
– Two civilians were killed and 14 others including two children were injured by a motorcycle bomb explosion in the city of Jarablus.
– A car bomb exploded in the city of Azaz, north of Aleppo.
– Turkish-backed militants bombed the village of Ain Daqnah in the Shahba area.
– Turkish army drones fly over Ain Al-Arab.

2- Idlib:
– A Turkish military convoy entered the Jabal al-Zawiyah area in Idlib province through the Kafr Lusin crossing.
– Syrian Army artillery attacked on militant positions in the villages of al-Fatira and Falifal on the southern outskirts of Idlib.

3- Daraa:
Two ex-rebels were killed by unknown gunmen in the city of Tasil and Muzayrab in Daraa province.

4- Raqqah:
– Artillery of Turkish-backed forces attacked SDF positions near Ain Issa.
– Two SDF members were killed in an attack by unidentified gunmen on a car belonging to SDF on the outskirts of the village of al-Kaltah, 30 km north of the city of Raqqa.

5- Hasakah:
– Russian Military Police conducted a patrol on the outskirts of Malekiyah, northeast of Hasakah.
– Artillery of Turkish-backed forces attacked village of al-Dardara on the outskirts of Tal Tamar in Hasakah province.
– As a result of intra-group clashes between Turkish-backed militants in the city of Ras Al-Ain, a number of “Al-Mu’tasim Division” were killed and wounded.

6- Deir Ezzor:
An explosion was reported on the path of the vehicle of the Syrian Democratic Forces (SDF) near the Conoco gas facility.

7- According to the Violations Documentation Center in North Syria, 487 civilians have been killed by Turkish gendarmeries since the beginning of the Syrian crisis.

8- According to the Russian Reconciliation Center in Syria, the militants violated the ceasefire 24 times in the Idlib region, of which 3 were in Aleppo province, 6 were in Latakia province, 1 was in Hama and 14 were in the province.