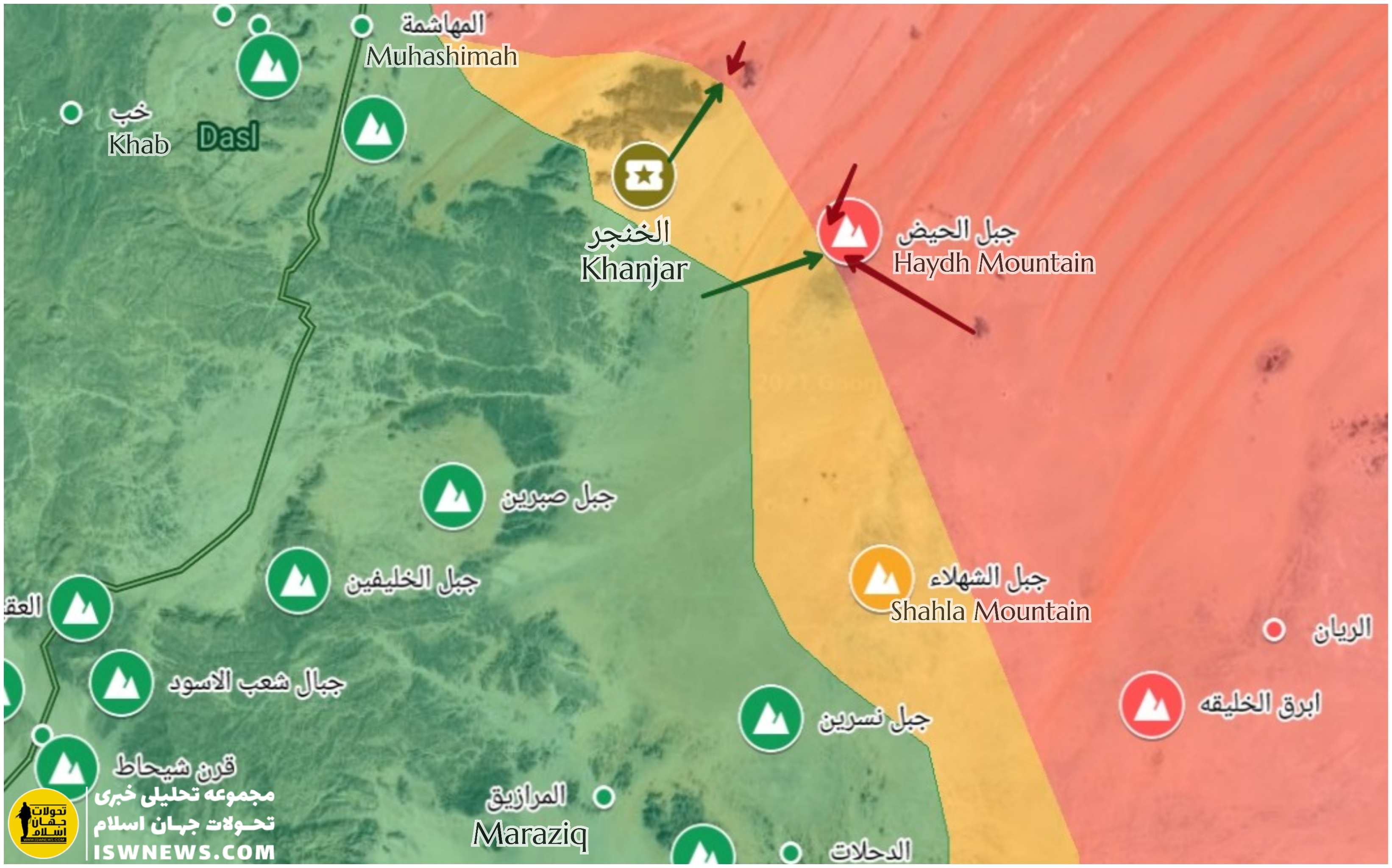 ISWNews Analysis Group: Ansar Allah cleared the suburbs of al-Khanjar camp in the west of Jawf province from the Saudi-led forces.

These clashes started on the September 28th and have continued until today. During the attacks, the western and eastern heights of Khanjar camp came under the control of Ansar Allah.
Saudi coalition warplanes have bombed the Khanjar fronts nine times during this period, which has had little effect on the course of Ansar Allah operation due to the low accuracy of the strikes.

The Khanjar camp was liberated from the control of Saudi-led forces by Ansar Allah on May 18, 2020, and has since changed twice between the parties. The Saudi coalition is using Khanjar camp as a base to attack the western half of al-Jawf province and the city of al-Hazm, and Ansar Allah use this camp as a place to launch hit and run attacks on the Saudi-led forces in the area.