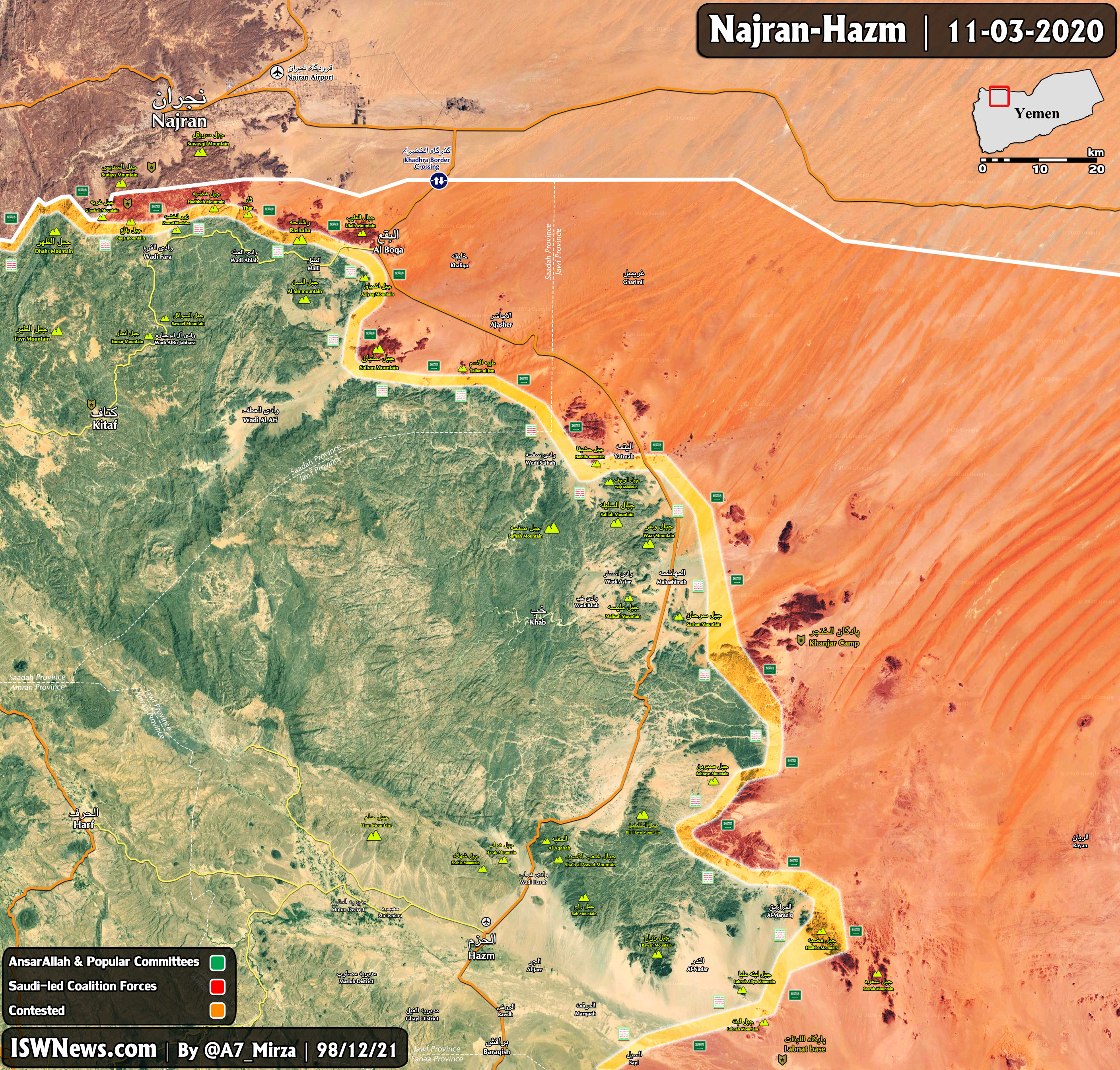 There are currently five main fronts on the western axis of al-Jawf province and east of Saada that, by completing Ansar Allah’s dominance over it, almost all the operations and achievements of the Saudi coalition over the years will be lost, and all their future offensive plans will also be neutralized.

On the al-Hazm front, with the liberation of the al-Hazm town and continuation of operations by AnsarAllah and Popular Committees in the depths of the eastern deserts of al-Hazm to the important al-Labanat military base, the Saudi coalition effectively lost its leverages for further and possible future operations toward Saadah and Amran provinces; and even more importantly, the security of the Saudi coalition positions in the Marib province declined sharply.
Currently, Ansar Allah operation continues on the north axis of the al-Labanat base, and with the completion of advances on this axis, the city of Marib in the south will not be out of reach.

Al-Yatmah and al-Ajasher fronts are in some way dependent on al-Boqa’, and if Ansar Allah is able to capture al-Boqa, they will fall more easily like dominoes. In recent years, the area of al-Yatmah has been handed over many times. According to the defensive lines planned by the Saudi coalition on the al-Ajashar and al-Boqa axis, these areas quickly fell out of control after each advance…
Of course, last year there were some very good advances by Ansar Allah until the southern and western gates of al-Boqa’ town. Currently, Ansar Allah forces are also present in Adhiyaq mountain and Rashaha district, and Ansar Allah’s leverage on al-Boqa’ is still maintained. The fields are ready for final operation on this axis, but according to some Ansar Allah’s expediencies, so far it has not been finalized.