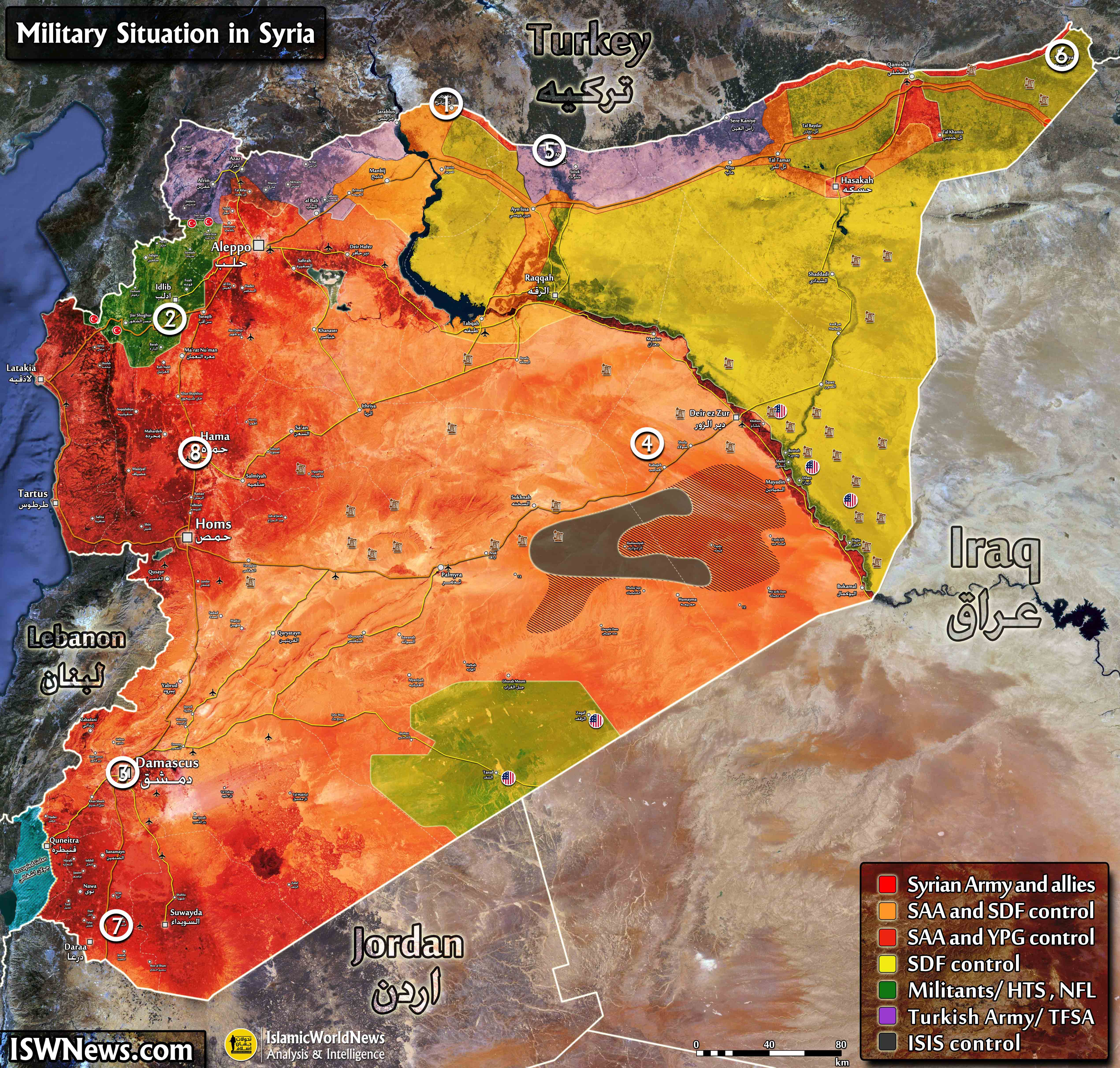 1- Aleppo:
– A YPG field commander was killed in a Turkish drone strike in the city of Ain al-Arab.
– Turkish-backed artillery attacked Kurdish militant positions in the city of Tal Rafat.
– In recent days, as tensions escalate between the YPG and Turkish-backed militants in northern Aleppo, the Syrian army has sent several military convoys consisting of several tanks and personnel carriers to the northern suburbs of Aleppo.

2- Idlib:
– A convoy of the Turkish army carrying cement blocks and logistics equipment entered the Syrian province of Idlib through the Kafr Lusin crossing.
– At least 10 civilians were killed and 40 others were injured in artillery attacks by the Syrian army on a market in the city of Ariha.

3- Damascus:
At 6:45 a.m. Wednesday, two explosions occurred on a bus carrying Syrian army troops near the Presidential Bridge in central Damascus, killing 14 people and wounding several others. The Saraya Qasion group has claimed responsibility for the attack.

4- Deir Ezzor:
Two members of the Al-Quds Brigade were killed in clashes with ISIS operatives in western Deir Ezzor.

5- Raqqah:
– Azm Joint Operations Room announced the arrest of four ISIS operatives in the city of Tel Abyad.
– Explosion in the path of the car of YPG members in the town of Ain Issa.
– Russian fighter jets attacked ISIS hideouts in western Raqqa.

6- Hasakah:
US coalition carried out a military patrol on the outskirts of Malikiyah, northeast of Hasakah.

7- Daraa:
Following the reconciliation plan in Daraa province, the Syrian army was deployed in the areas of Soura, Alma, Harak, Maliha al-Sharqiya, Maliha al-Gharbiya and Nahta in this province.

8- Hama:
Five SAA servicemen were killed in an ammo depot explosion near the city of Hama. The explosion occurred due to a technical error during routine warehouse maintenance activities.

10- On October 20, the positions of the US military and its militants were attacked in the Al-Tanf area with several missiles and drones.

11- According to the Russian Center for Reconciliation in Syria, the militants violated the ceasefire eight times in the Idlib region, of which 3 are in Aleppo province, 2 are in Latakia province and 3 are in Idlib province.