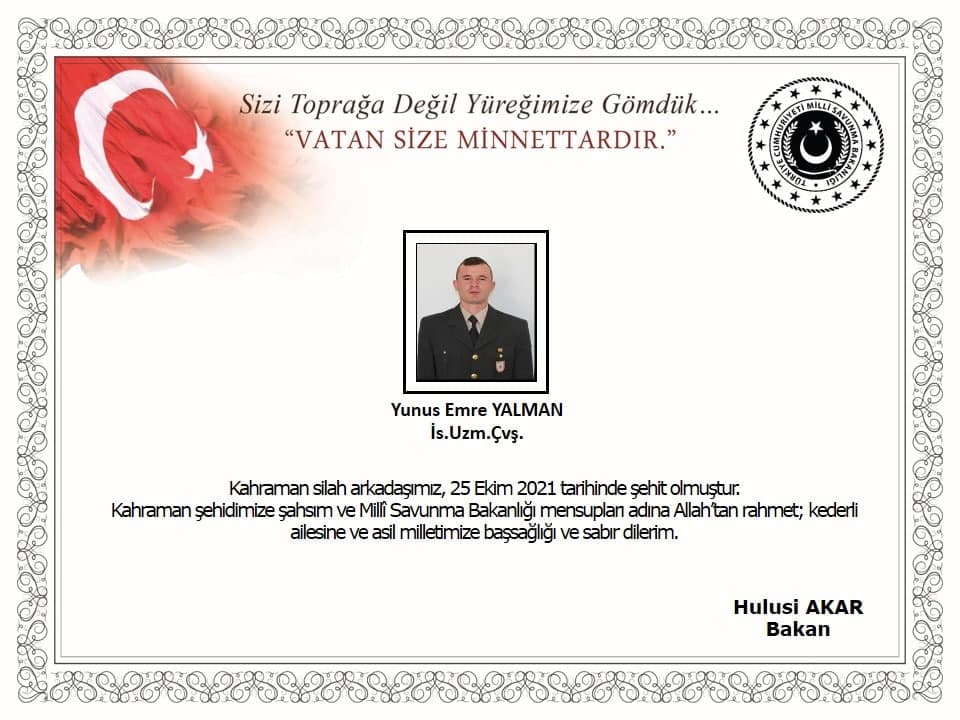 ISWNews Analysis Group: The Turkish Ministry of Defense announced that a Turkish soldier was killed in northern Iraq.

Meanwhile, the Turkish Ministry of Defense claimed that 15 PKK members were killed by Turkish troops in the past week.

The operation of the Turkish Armed Forces under the name Pence-Simsek (Thunder Claw) and Pence-Yildirim (Lightning Claw) began on April 24 in the northern regions of Iraq and continues to this day.

However, the direct clashes have declined in northern Iraq, with the Turkish military increasingly focusing on airstrikes and drone operations. On the other hand, the PKK militants are trying to inflict casualties on the Turkish army by carrying out surprise attacks and guerrilla warfare.