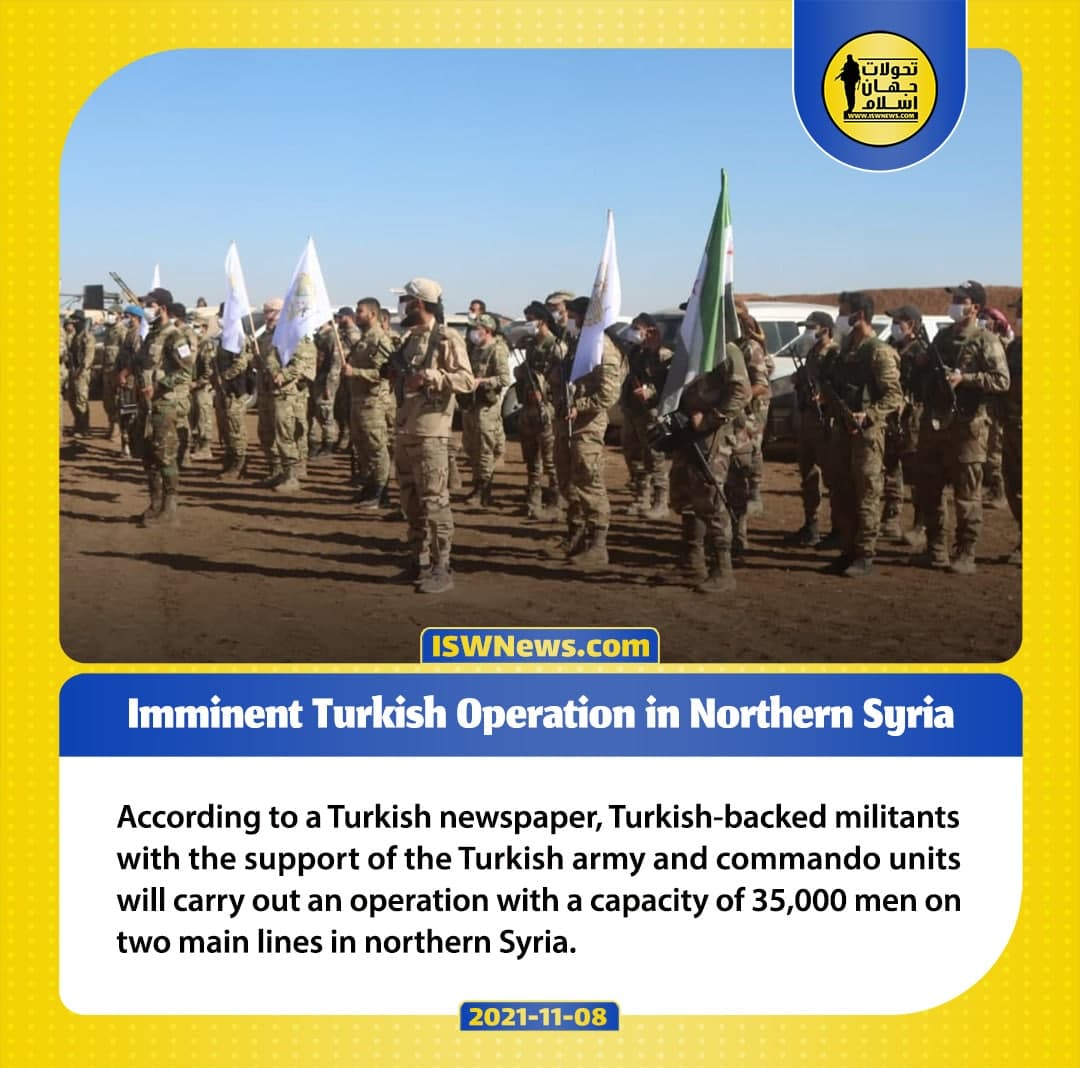 ISWNews Analysis Group: According to a Turkish newspaper, Turkish-backed militants with the support of the Turkish army and commando units will carry out an operation with a capacity of 35,000 men on two main lines in northern Syria.

A Turkish media outlet reported last month that a meeting had taken place between SNA commanders and Turkish officials to prepare the militants to launch a new military operation against the Syrian Democratic Forces in northern Syria. Recep Tayyip Erdogan also recently announced the possibility of launch of a new military operation against Kurdish forces in northern Syria.