Construction of a new military post in Idlib by Turkey 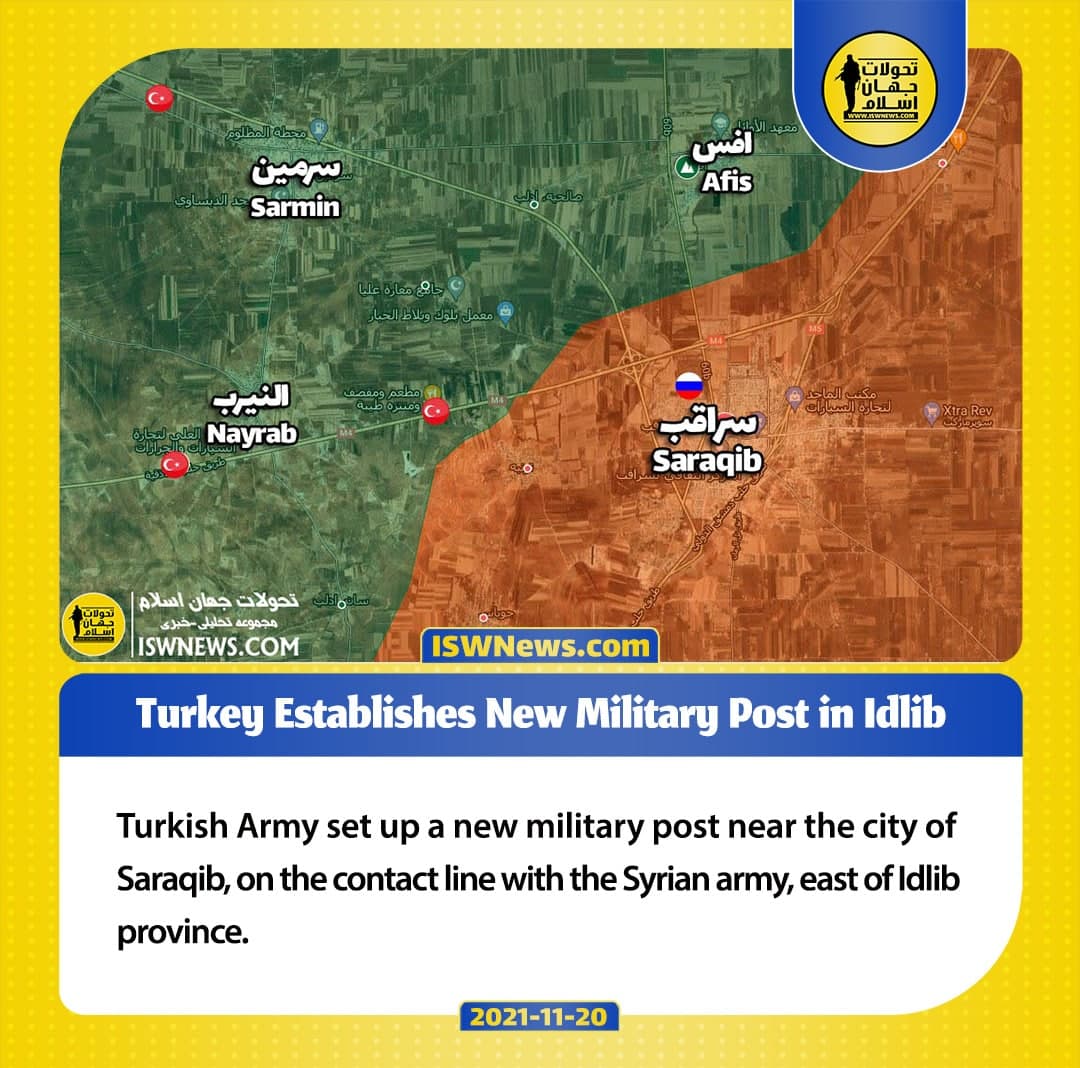 ISWNews Analysis Group: Turkish troops set up a new military post on the outskirts of Saraqib in the eastern countryside of Idlib province.

Turkish military forces have begun initial operations to establish a military post near the town of Saraqib in eastern Idlib province. Auxiliary forces of the Turkish army are to be sent to the construction site of this military post with a convoy including construction machinery, armored vehicles and logistics equipment.

The construction of this illegal posts by Turkey is taking place in the light of the continuing Turkish military interfering in Syria and the increased movements of Ankara-backed militants on the northern fronts of Syria.
On the other hand, the Syrian army is strengthening its military positions on the contact lines with Turkish forces and its militants by transferring auxiliary forces and heavy and strategic military equipment to the fronts to detter any possible threats from Turkey.

Read more:
Construction of a new military post in Idlib by Turkey
Russian-Turkish dispute over the Idlib