Russian-Turkish dispute over the Idlib 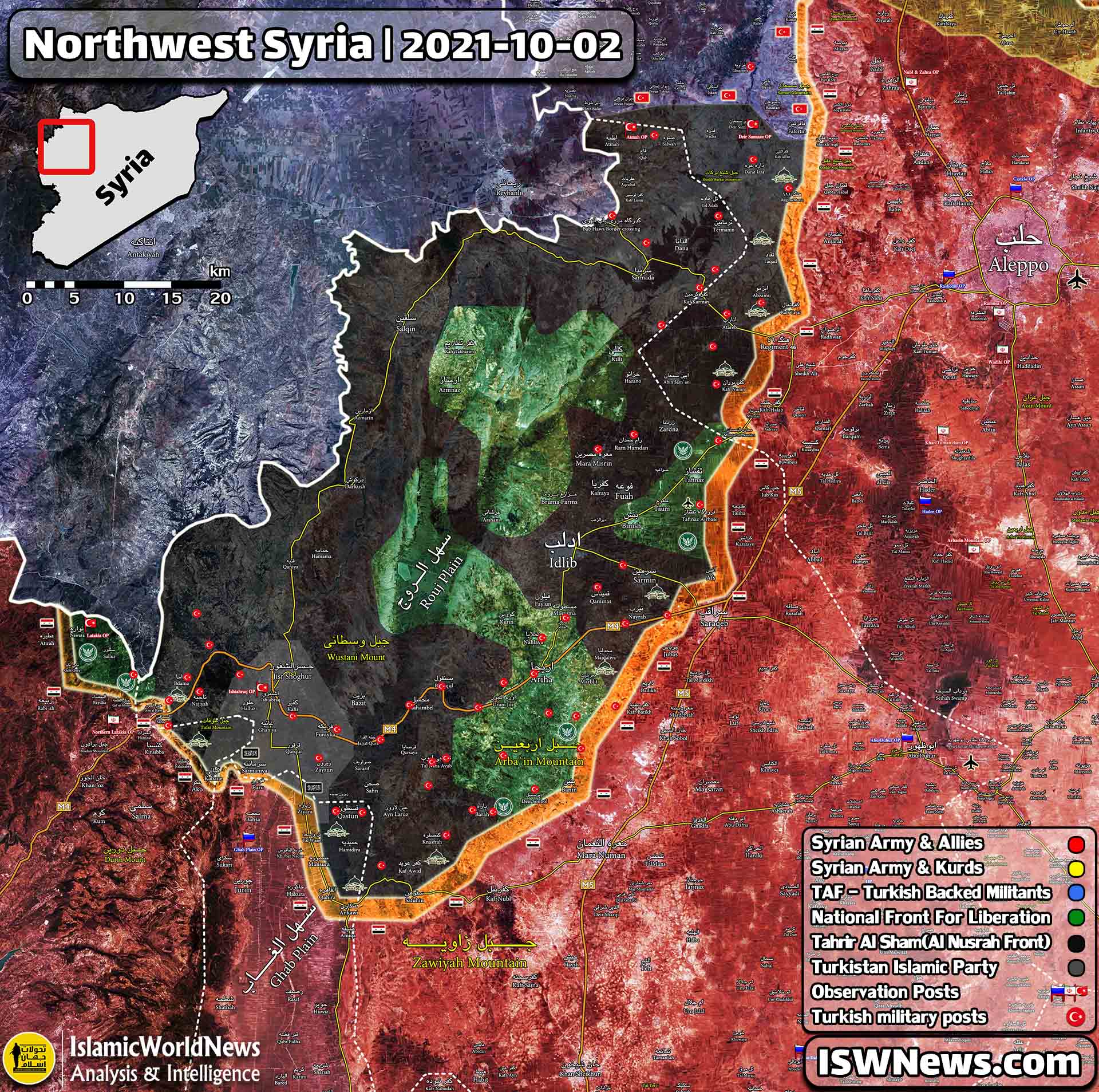 ISWNews Analysis Group: Despite the meeting of the Presidents of Russia and Turkey on Syria, military movements have increased in the shadow of differences between the two sides in Idlib province.

A few days before Russian President Vladimir Putin met with Turkish President Recep Tayyip Erdogan in the Russian port of Sochi, Russian warplanes in a purposeful act bombed positions of Turkish-backed forces near the Turkish military posts in the Idlib region.

The increase in Russian warplanes attacks on militant positions, and even near and around Turkish bases and checkpoints in Syria, is a clear warning to Turkey, and Ankara is well aware of this. Putin’s remarks during a meeting with Bashar al-Assad in the Kremlin show that Russia strongly opposes the continued presence of foreign forces in various parts of Syria, as well as the occupation of Idlib by militants. And this reinforces speculation about talks between Putin and Erdogan on the withdrawal of Turkish troops from Idlib and the cleansing of the province from the militants.

On the other hand, in the past 48 hours, two well-equipped convoys of the Turkish army, including 20 vehicles carrying cement blocks and logistics equipment, entered the Syrian province of Idlib through the Kafr Lusin crossing and headed towards the southern areas of Idlib and the Syrian army contact lines.

The differences between Russia and Turkey in the case of Idlib have caused the two sides to implement their plans and actions more quickly to put pressure on the other side. For this reason, it seems that the movements of different parties in the provinces of Idlib, Aleppo and Hama will increase more in the near future.

The Turkish army is currently stationed in four observation posts and more than 50 military posts in western Aleppo and the Idlib region. Strengthening and increasing the number of these military posts by Turkey has become a challenging issue in the Idlib region. This issue, along with the continued presence of terrorist groups in the region, has made the future of the situation in northwestern Syria even more ambiguous and has dashed hopes for an end to the war in this part of Syria.