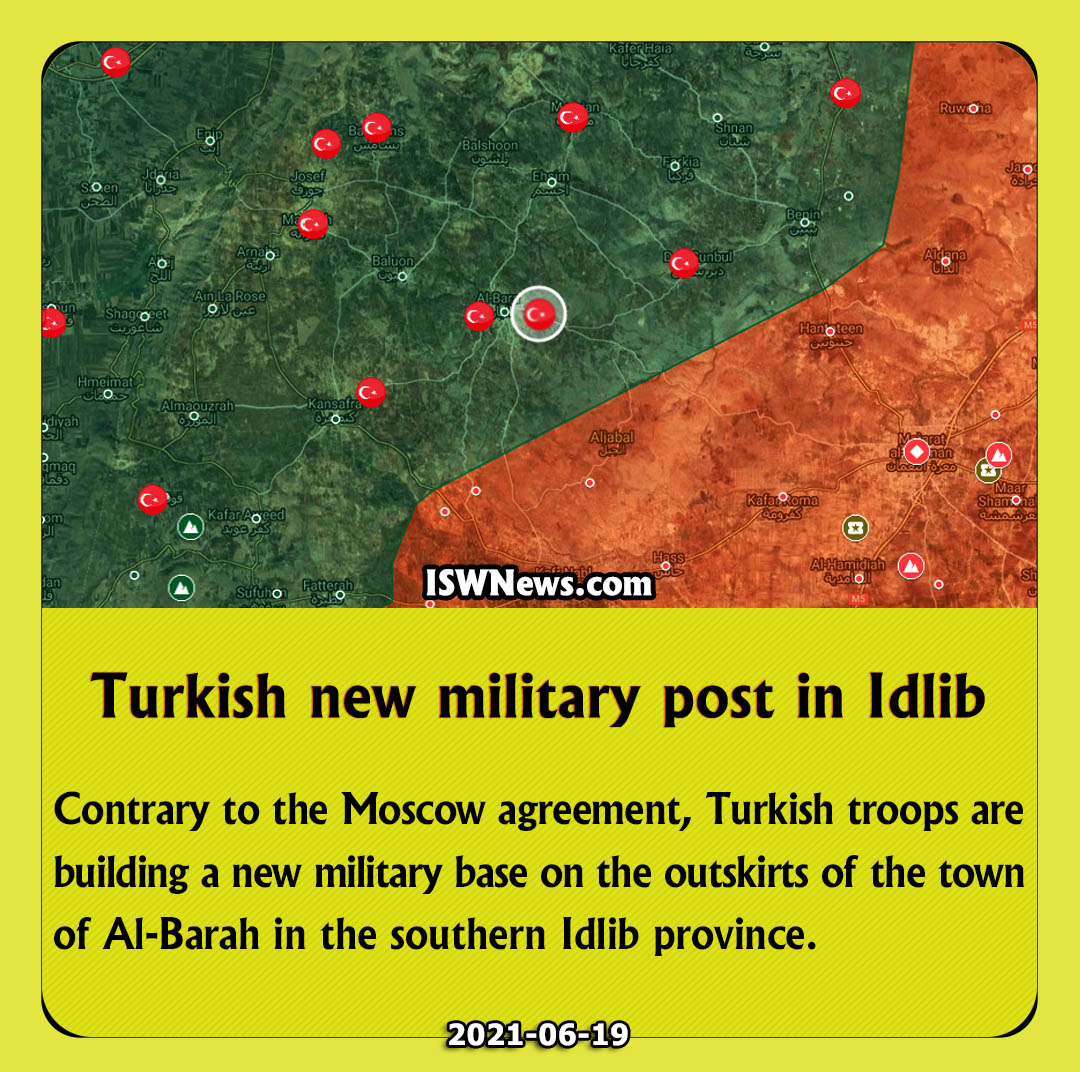 ISWNews Analysis Group: Contrary to the Moscow agreement, Turkish Army is building a new military point in outskirt of al-Barah, south of Idlib.

The base is near the front line with Syrian army and Kafr Nubl town (where Syrian army forces stationed). Field sources said that Turkish army created trenches around the new base. This is the second Turkish military post in al-Barah village and surrounding area.

Turkish Army positioned several tanks, heavy trucks of logistics and ammos near the base. It seems the reason of erecting this base is due to high tension between Syrian Army and militants and arrival of Syrian Army reinforcement in the area.