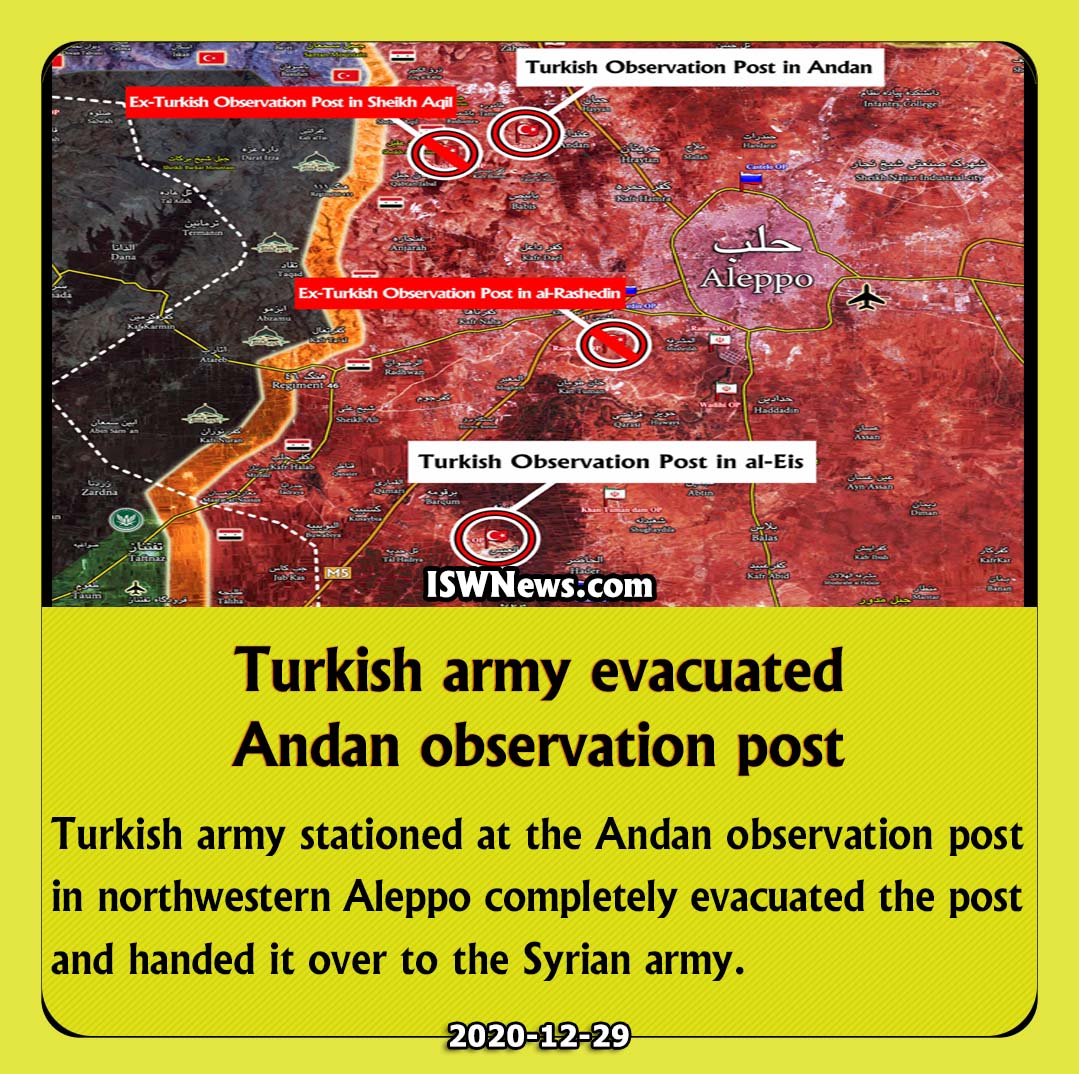 ISWNews Analysis Group: Turkish army stationed at the Andan observation post in northwestern Aleppo completely evacuated the post and handed it over to the Syrian army.

It is noteworthy that the process for evacuation of the Andan observation post had started about 30 days ago.

The Turkish army has also started the evacuation of the al-Eis observation post located in the Hadhbat al-Khadra area south of Aleppo.

So far the observation posts of Morek, Sher Mughar, Sheikh Aqil, al-Rashedin, al-Surman and Andan have been vacated by the Turkish army.

In recent week, the Turkish army has set up a new military post in the village of Kadoura in southern Idlib province.