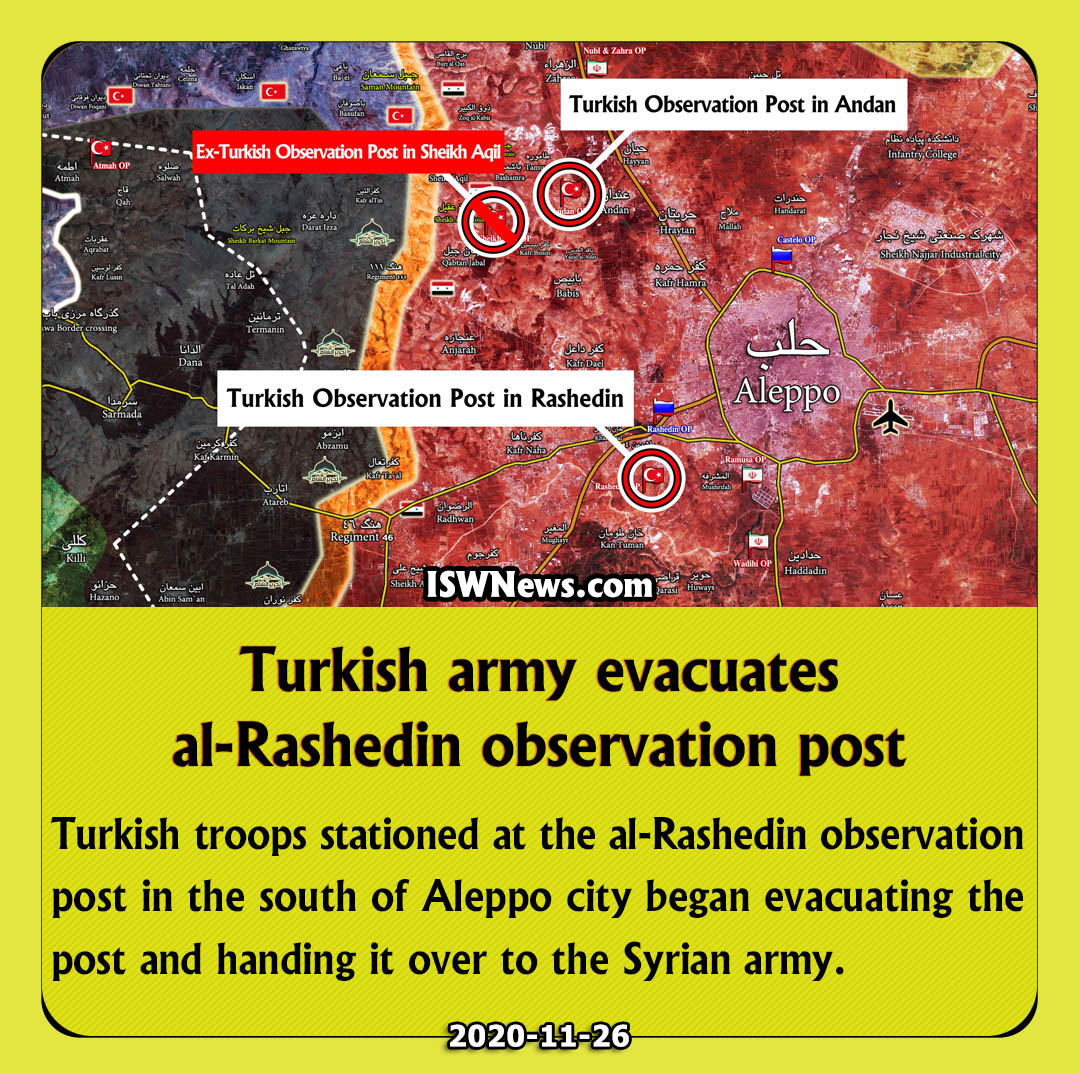 ISWNews Analysis Group: Turkish troops stationed at the al-Rashedin observation post in the south of Aleppo city began evacuating the post and handing it over to the Syrian army.

In recent days, the Turkish army has also begun preparations to evacuate the Andan observation south of Nubl and al-Zahra.

In recent weeks, the Turkish military has been evacuating its military and observation posts in areas controlled by the Syrian army and moving its forces and equipment into the militant-held areas of Idlib.

So far, and in a period of about 40 days, the observation posts of Morek, Sher Mughar, Sheikh Aqil have been vacated by the Turkish army.