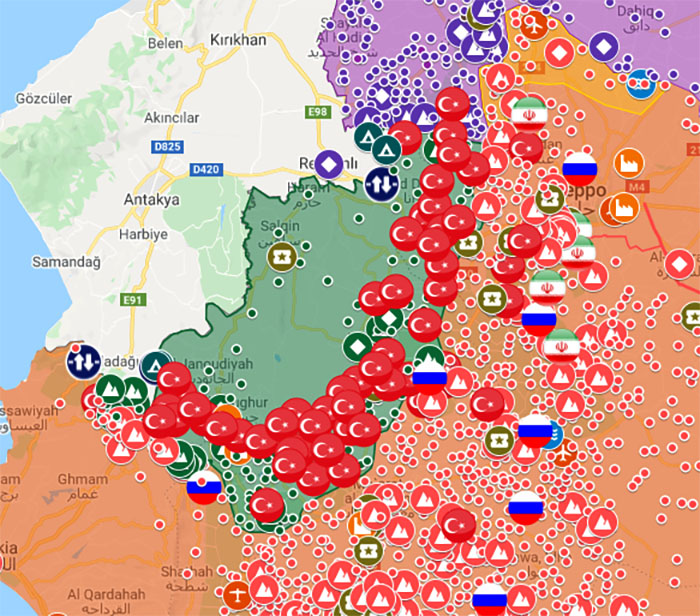 ISWNews Analysis Group: According to local reports, the Turkish army has set up a new military post west of the village of al-Ruwaiha in southern Idlib province.

This military post was established between the villages of Al-Ruwaiha and Al-Sarjah, north of the city of Ma’arat al-Nu’man.

The process of establishing the new point comes at a time when Turkey is withdrawing from other observation points in the countryside of Aleppo the last of which was the Sheikh Aqil point in the northwestern countryside, with preparations to withdraw from another point in Anadan to the north.