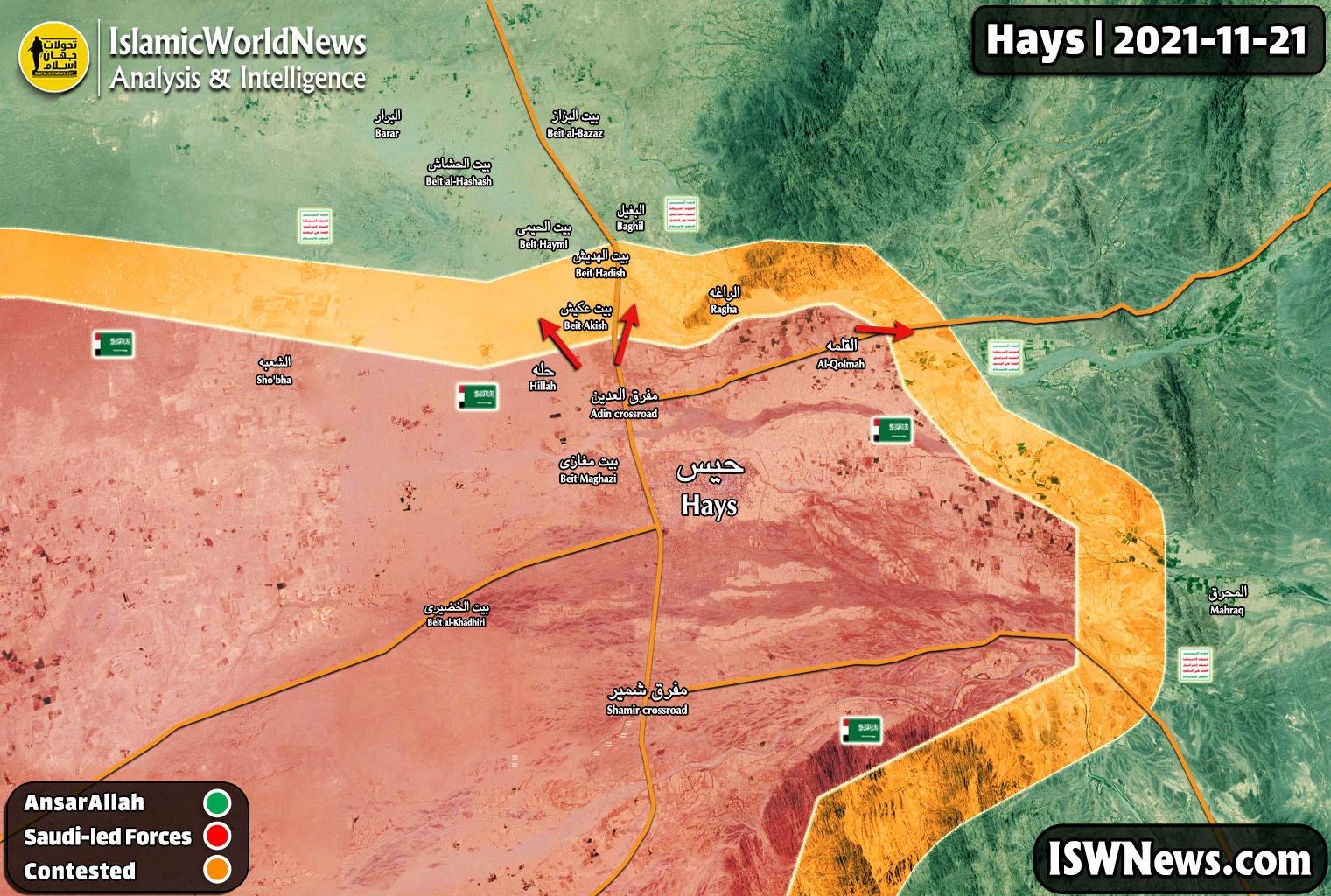 ISWNews Analysis Group: At least 20 Saudi-led forces were killed and wounded by Ansar Allah joint missile and drone attack on east of the town of Hays in western coast of Yemen.

1- Marib:
– Clashes continueed sporadically on the southern and western fronts of Marib city.
– The Saudi coalition claims to have carried out 10 airstrikes on Ansar Allah positions in the last 24 hours on the Marib fronts. According to the Saudi coalition, the attacks resulted in the destruction of seven vehicles and the deaths of 60 Ansar Allah fighters.

4- Saada:
One civilian was martyred and five others, including two African immigrants were injured in the Saudi coalition’s attacks on the al-Raqo and al-Maftah border areas in Munbah and Shada districts.

5- The Foreign Ministry of the Yemeni Salvation Government condemned Australia’s decision to classify Hezbollah as a terrorist organization.