Latest Updates on the Southern Front of Hudaydah, 29 November 2021 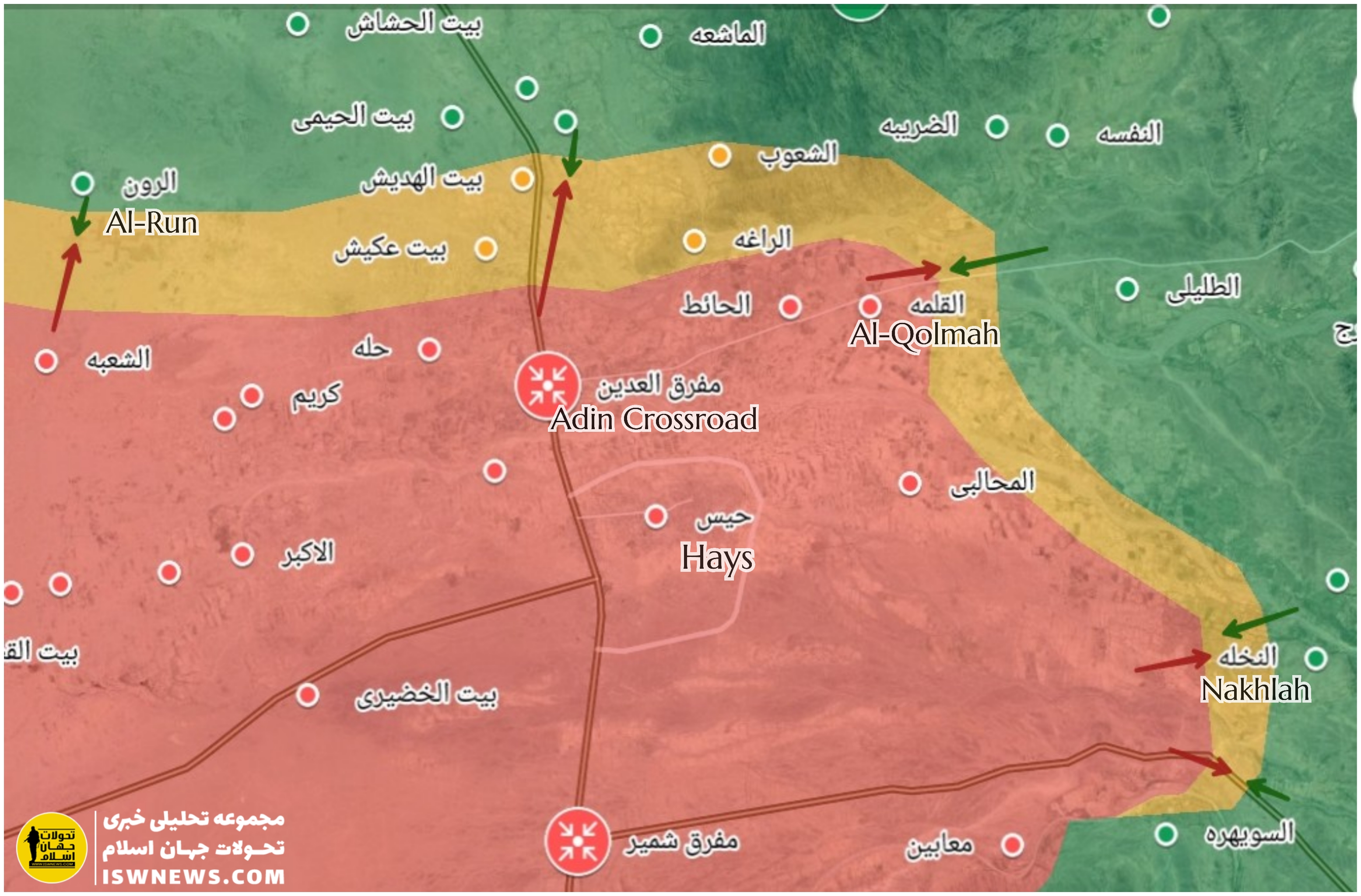 In recent days, the intensity of ground and airstrikes by the Saudi coalition in the district of Hays has decreased, and the Saudi-led forces advances has stopped in the northern and eastern suburbs of the town of Hays. Currently, the clashes are scattered in the northern line of al-Adeen crossroad to al-Roun village and al-Qolma and Al-Nakhla villages in the east of Hays town.

On November 27, Ansar Allah targeted positions of Joint Forces (Quwat al-Mushtarika) subdivisions of the “Yemeni National Resistance” under Tareq Saleh, east of the town of Hays with drones and artillery, reportedly killing and wounding more than 20 of Tareq Saleh forces.

Also, the car of one of the field commanders of al-Amalaqah forces, Colonel “Ghamdan Ghalib Sayad”, was targeted by a roadside bomb and was severely wounded. Local sources speculate that he was assassinated due to his differences with Tareq Saleh, and in this regard, some Amalaqah brigades and Joint Forces have retreated from the northern fronts of Hays.

On November 18, Tariq Saleh forces with support of the Saudi coalition and accompanying STC forces, have launched an operation called “Golden Arc” on three axes of Hays in the south of al-Hudaydah province, Wazi’yah region and Habashi mountain in the west of Taiz province, which has so far defeated by Ansar Allah resistance.