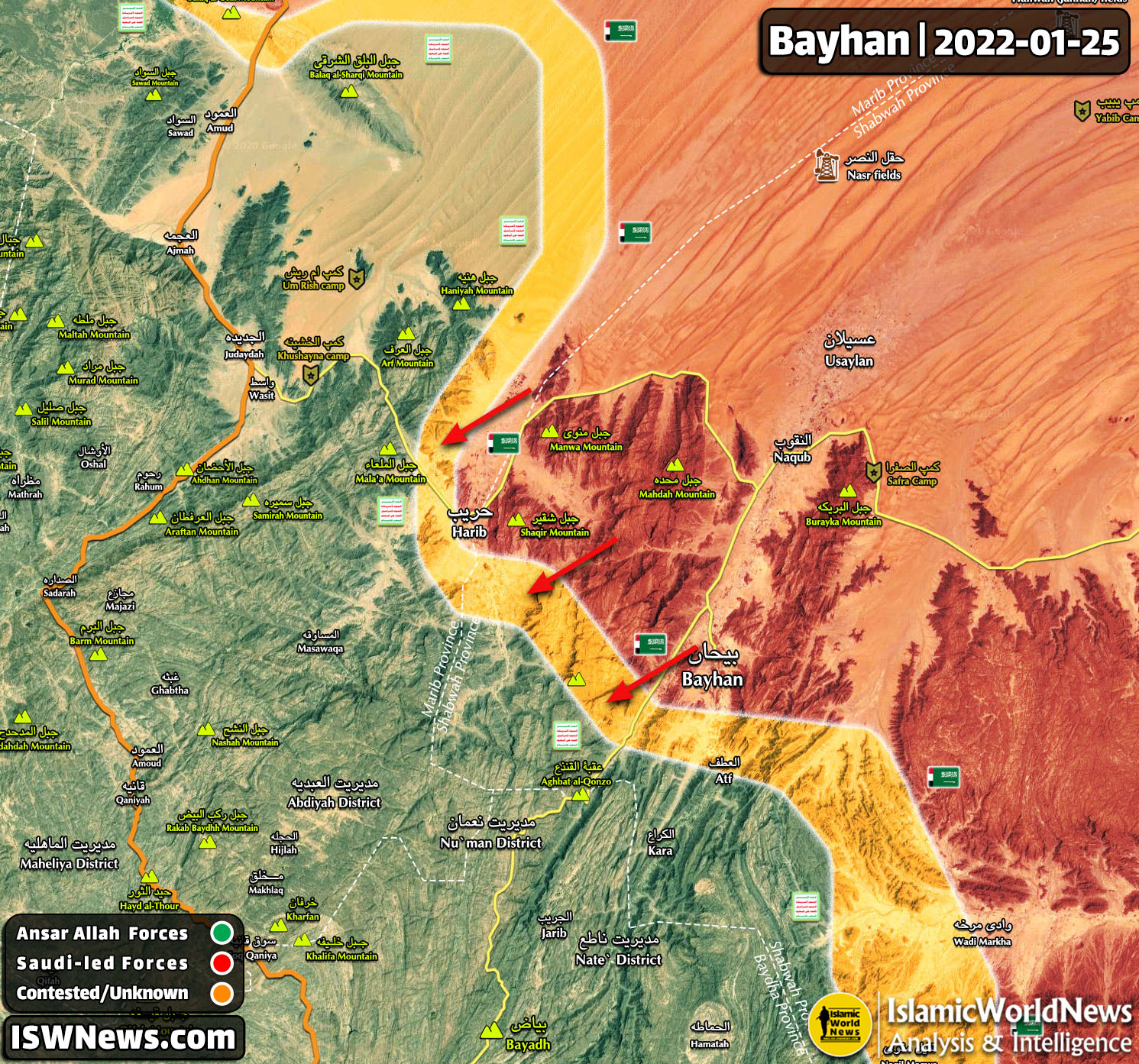 Following the Saudi coalition operation centered on the Amaliqah forces (Giant Brigades) in the west of Shabwa province and the south of Marib province, last night, January 24, the town of Harib, the center of Harab district in the south of Marib province, came under the control of the Saudi coalition.
Currently, clashes are taking place in the east of al-Hajab town, the center of district of Ain, Wadi Harib and the heights of Malaa.

In the past 48 hours, Saudi coalition fighters have bombed the southern part of Marb province 46 times and the Ansarullah positions in Shabwa province once.

Due to the developments in this area, there is a possibility that Ansar Allah will withdraw from al-Hajab town. If Ansar Allah fails to halt the Saudi coalition advances in the Malaa, al-Arf, and Haniah highlands, the siege of the city of Marib city on the southern axis will be weakened, and Ansar Allah will be forced to retreat from the al-Balaq al-Sharqi and al-Balaq al-Owsat heights.