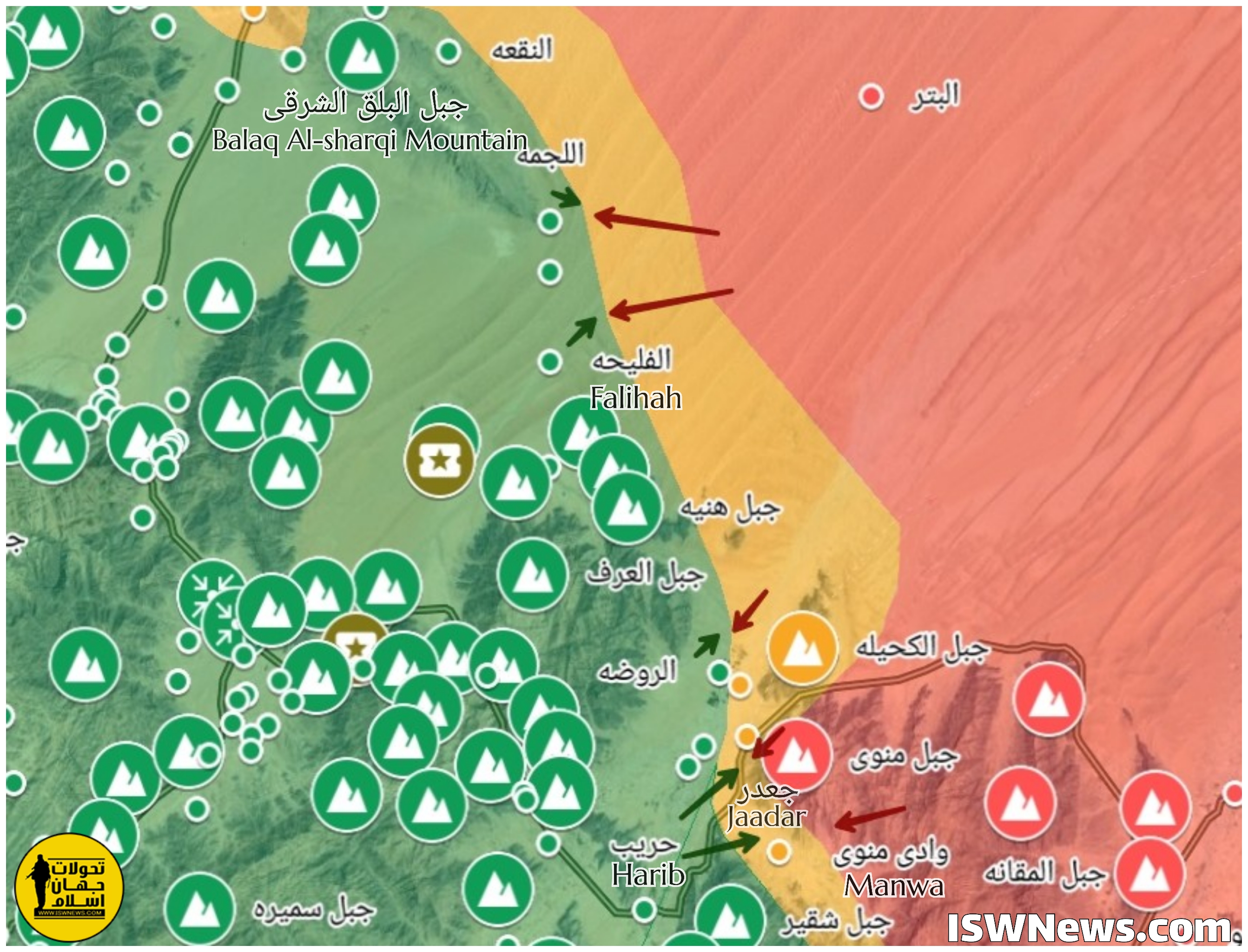 ISWNews Analysis Group: Heavy clashes between Ansar Allah and the Saudi-led forces continued in the south of Marib province and the west of Shabwa province.

Following the recent defeats of the Amaliqah forces in the north of the town of Harib and the east of the Ain district, the Saudi coalition has focused its attacks on the eastern front of the al-Jubah district. In this regard, Amaliqah forces attacked positions of Ansar Allah in the al-Balaq al-Sharqi heights and east of Umm al-Rish. The Saudi warplanes are also actively supporting Amaliqah forces.

According to ISWNews field source, Ansar Allah repelled attacks of the Saudi-led forces in the al-Faliha area, and sporadic clashes have continued in several directions, including the southern axis of the city of Marib.

On the Harib and Ain fronts, Ansar Allah Missile Force fired two missiles at Amaliqah gatherings in the Ja’dar area, north of the town of Harib, and in the al-Manwa area in the Ain district.

A spokesman for the Yemeni armed forces said more than 50 Saudi coalition forces had been killed and wounded in the clashes. In the past 48 hours, Saudi coalition warplanes have also bombed Shabwa fronts 12 times and Marib fronts 36 times.

The Marib and Shabwa clashes have reached a critical stage these days, and the collapse of the southern part of the city of Marib is imminent if Ansar Allah does not inflict effective blows on the Saudi coalition ground forces and implement a proper plan to deter the Saudi airstrikes.