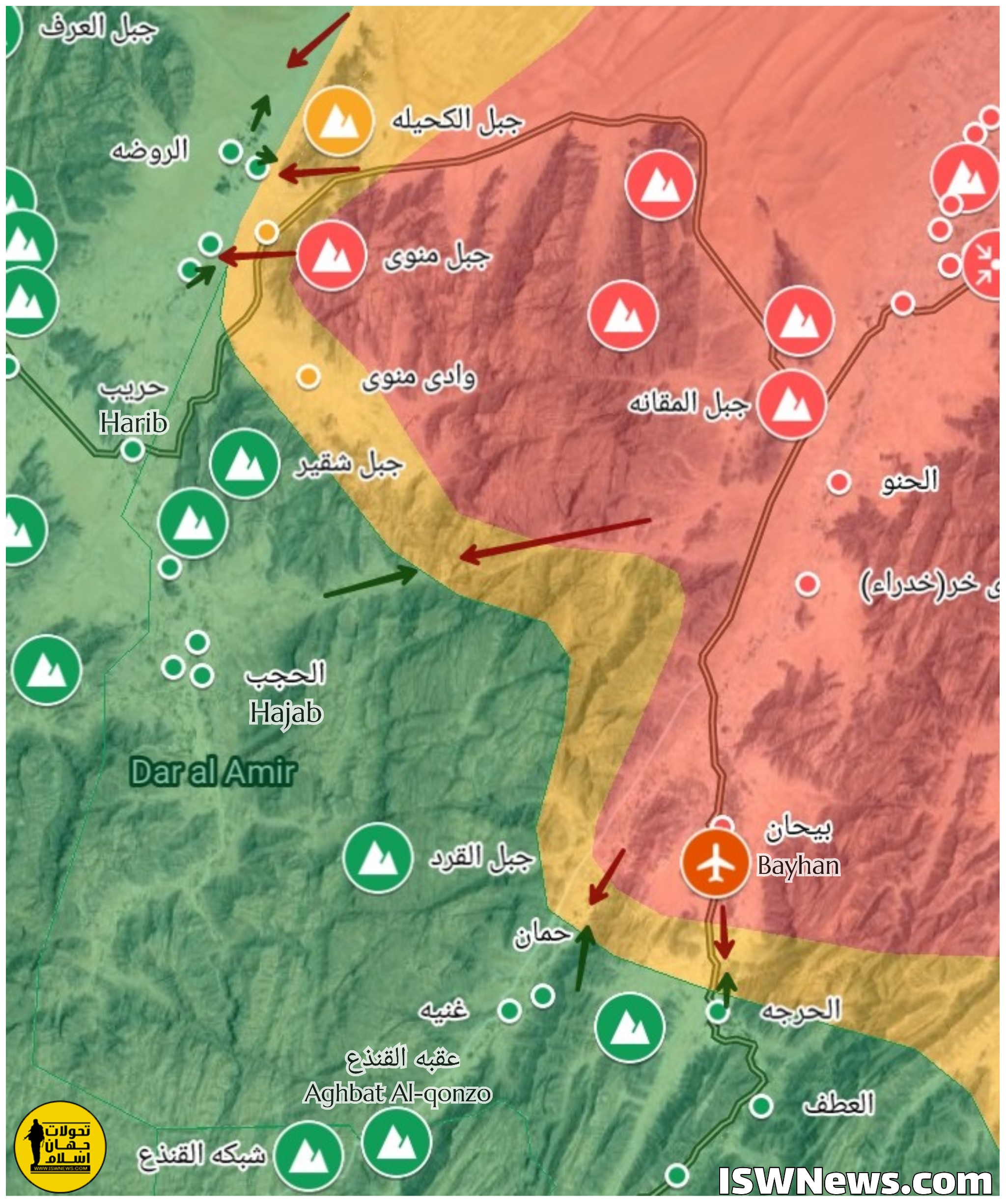 ISWNews Analysis Group: Clashes between Ansar Allah and Saudi-led forces are raging heavily in the south of Marib province and the west of Shabwa province.

According to the latest news from the frontlines in Shabwa province, clashes between Ansar Allah and the Saudi-led forces focused on the heights north of Aqbat al-Qonzo located south of the Beyhan district and the Ain district. Also, the news about the Saudi coalition advances in the north of Harib is not true, and the clashes are still going on in the villages of Al Abusar, al-Housh and al-Rawdha.

Ansar Allah missile and drone forces have also constantly monitoring the movements of al-Amaliqah forces over the past week, targeting various points with at least 11 missiles and UAVs. The attacks inflicted heavy casualties on the coalition. Local media in southern Yemen reported that seven senior field commanders and at least 320 members of the Amaliqah force had been killed so far.