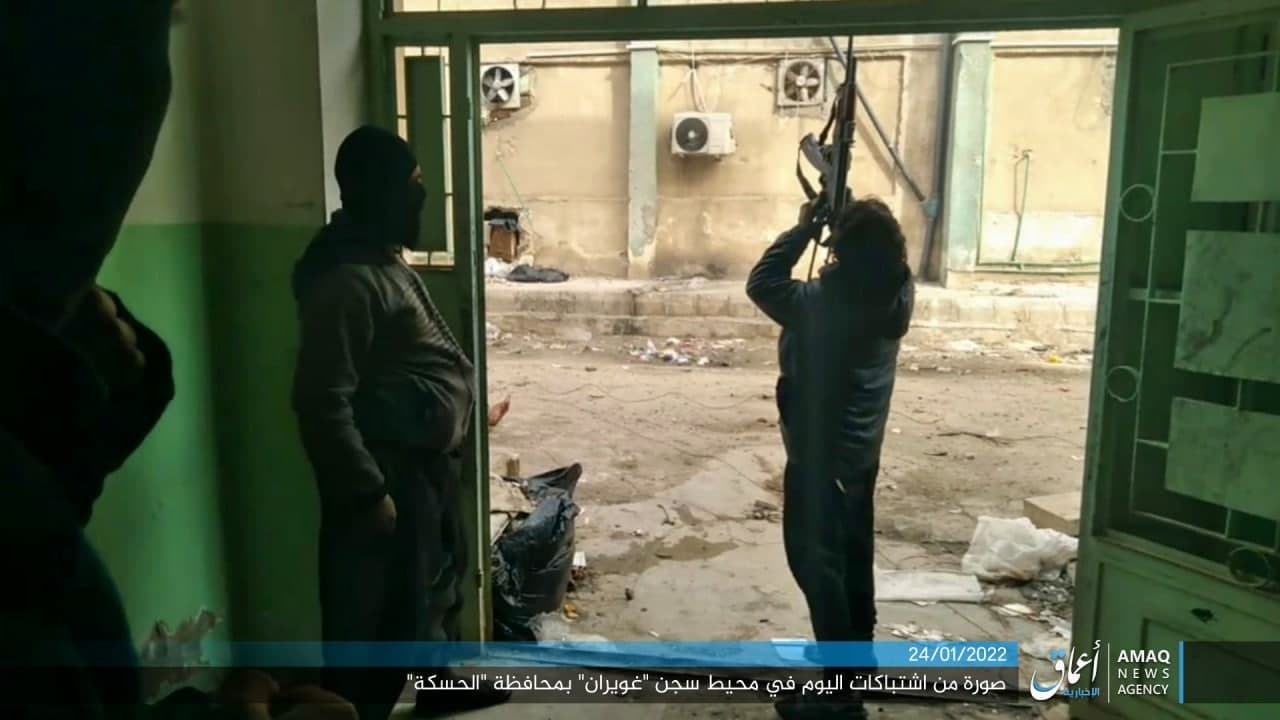 ISWNews Analysis Group: On the sixth day of clashes between ISIS and SDF around the al-Sina’a prison, 550 ISIS prisoners surrendered to the Syrian Democratic Forces.

Following the clashes around al-Sina’a prison, Kurdish militants, with the extensive air support of US coalition, managed to force 300 ISIS prisoners to surrender. The number of ISIS detainees has reached 550.

The Syrian Democratic Forces (SDF) managed to free nine people held captive by ISIS and took control of a building in Sina’a prison.

In another operation, Kurdish militants arrested three ISIS terrorists who were trying to transfer ammunition to ISIS in al-Sina’a prison. In the east of Ghuwairan neighborhood, nine ISIS members, including two suicide bombers, were killed by SDF forces.

On the other hand, the ISIS claimed that 12 Kurdish militants were killed and three armored vehicles were destroyed during the clashes in al-Sina’a prison.