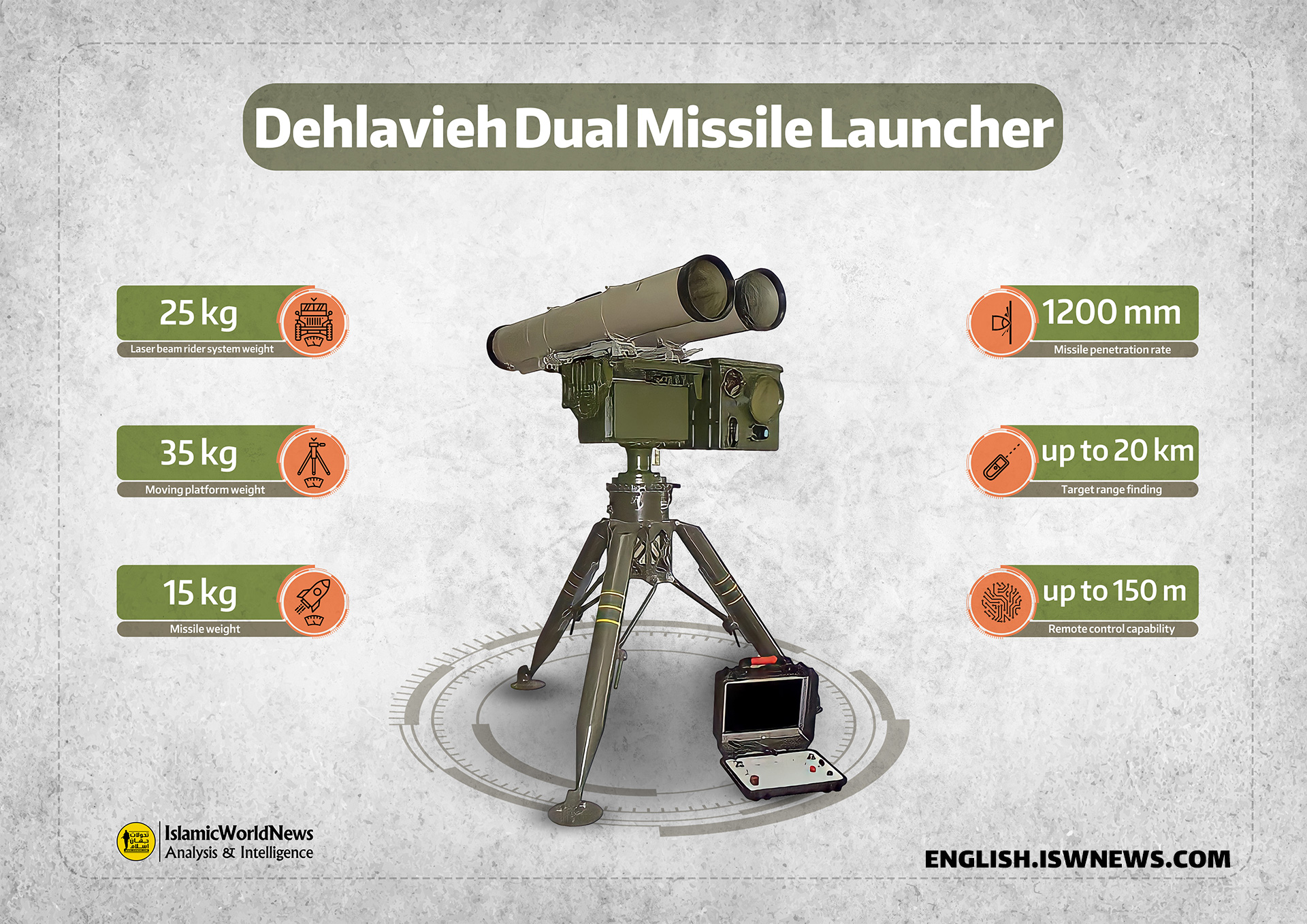 In the previous article, which reviewed the performance of the Trophy Active Protection System, we pointed out that one of the weaknesses of this system is the 1.75 second reload time of the counter.
Although the Trophy system is a highly advanced system with a very high level of engineering, which has led top countries in the field of armor, such as Germany, the United States, the United Kingdom, etc. to use this system in their main battlefield tanks, but the solution to counter this system is relatively simpler and less expensive.

Also another feature of the Dehlavieh missile dual launcher is the ability to control remotely (up to 150 meters), which increases the survival of the launcher and its personnel.