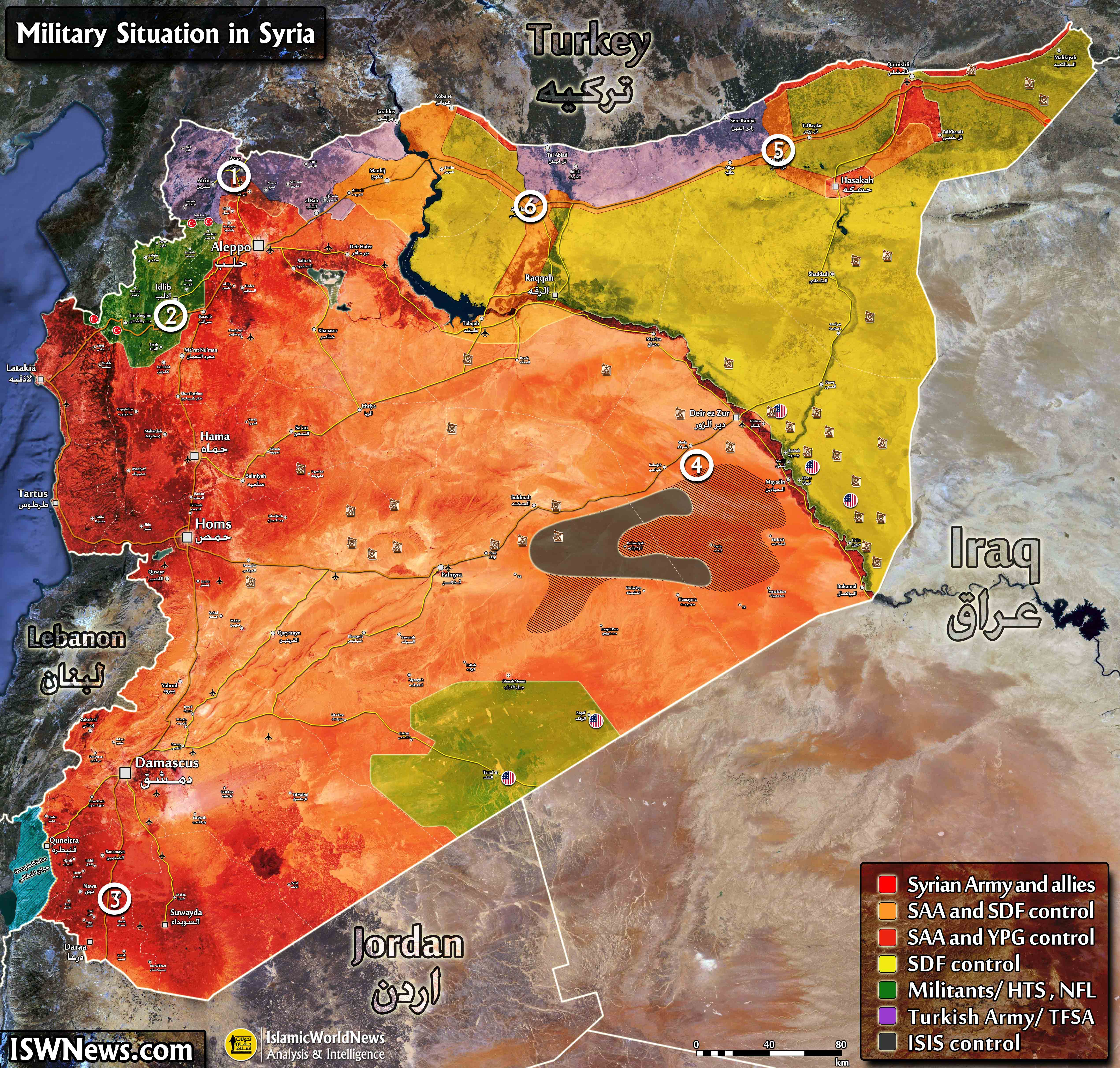 ISWNews Analysis Group: Two Syrian Army soldiers were killed in an attack by ISIS elements on a Syrian Army position on the outskirts of Deir Ezzor.

2- Idlib:
– On December 3, an American MQ-9 UAV targeted a motorcycle on the Ariha-Mastuma road with three missiles, during which one of the field commanders of the Hurras al-Din militant was killed.
– On December 5, the Syrian army artillery shelled positions of Turkish-backed militants in the villages of al-Fatirah and Majdaliya.
– On December 5, Ansar al-Tawhid militants targeted a gathering place of Syrian Army forces in Dar al-Kabira.

3- Daraa:
– On December 4, a roadside bomb exploded in the path of a Russian military patrol convoy in the city of Izra. There were no casualties in the incident.
– On December 5, one of the Syrian army forces was killed by unknown gunmen on Malihah al-Gharbiya and Al-Harrak road.

4- Deir Ezzor:
– On December 4, two members of the Syrian army were killed in an attack by ISIS elements on a Syrian Army point on the outskirts of Deir Ezzor.
– On December 4, local sources reported the sound of an explosion at a US military base at the CONOCO gas facility.

5- Hasakah:
– On December 4, artillery of Turkish-backed militant shelled SDF positions in Tal Tamar area.
– On December 4, a Turkish military spy drone was spotted flying over the suburbs of Qamishli city.
– On December 5, more than 25 trucks belonging to the US coalition entered the US bases in the Syrian province of Hasakah from the border with Iraqi Kurdistan.

6- Raqqa:
– On December 4, Turkish-backed militant targeted M4 highway and the outskirts of Ain Issa with artillery.
– On December 4, two members of the Syrian army were killed in an attack by unidentified gunmen in the southwest of Raqqa.

7- Contrary to some media reports, there was no attack on the US military base in the Al-Tanf area and the CONOCO gas facility, and the sound heard was related to military exercises.