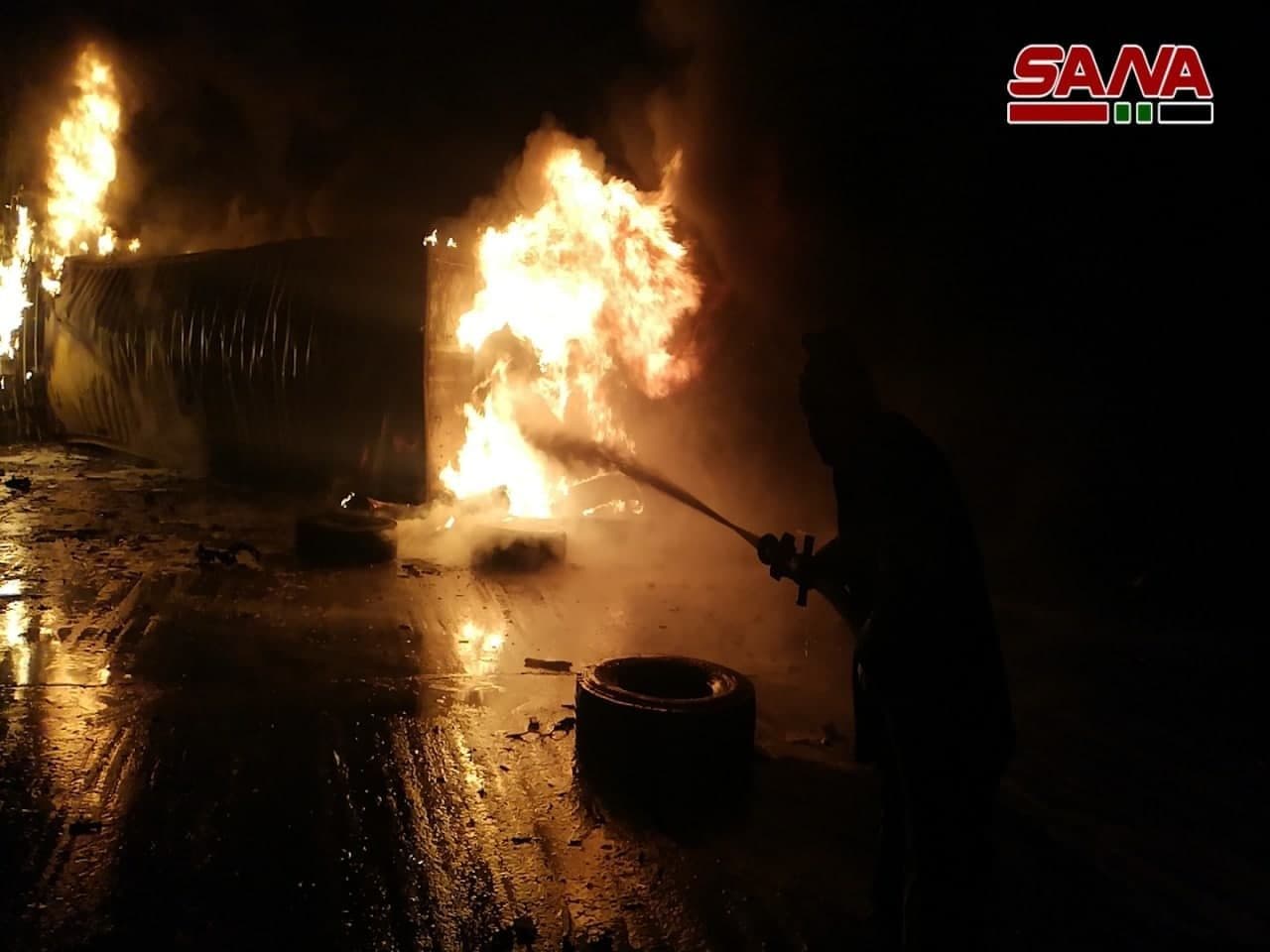 According to Syrian military sources “At 3:21 a.m. (local time), Israeli regime carried out attacks with missiles from the depth of the Mediterranean, west of Latakia, targeting the container yard in the commercial port in Latakia, which led to fires in the place and causing great material damages.”

Also on December 6, Israeli warplanes fired several missiles from the Mediterranean Sea at the container area of the commercial port of Latakia, causing fire in the area. One person was killed and nine others were injured in the attack.

The Latakia Fire Brigade Commander stated that the containers that were attacked contained milk powder, engine oil and car tires. Also, the area of fire is wider than the previous Israeli attack on the port of Latakia, so the firefighting operation took a long time. He said al-Nada hospital and some buildings and shops near the port were also damaged in the attack.