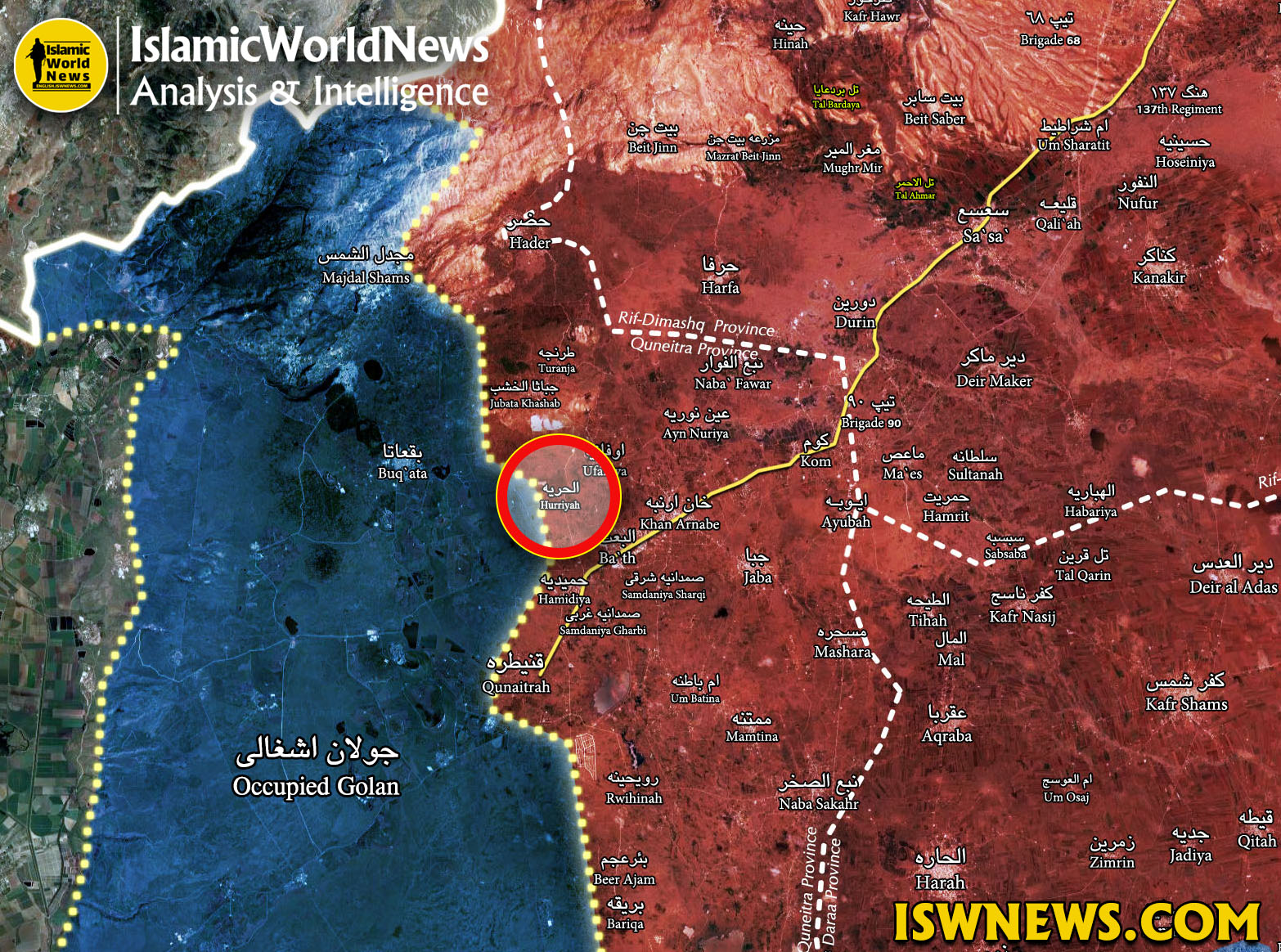 According to ISWNews field source, as Israeli helicopters and reconnaissance drones flew over the Quneitra region, the regime’s artillery and tanks bombarded the forests of the village of al-Hurriya in northwestern Quneitra province in two stages with 30 minutes time gap.

The Israeli regime army fired heavy machine guns at the area at the same time due to the thick fog in the area.

Israeli military sources claimed that the resistance forces were trying to infiltrate the border areas.

Israeli fighter jets in their latest attack on Syria on the morning of December 28, 2021, fired an unknown number of missiles from the Mediterranean Sea at containers in the port of Latakia, which resulted in fires and property damage.