The first generation of explosive reaction armor belongs to Russia (Soviet Union), which was installed on the initial series of T-72 tanks.

This armor consists of two sandwich flat steel plates, the outer two layers of which are made of steel plates and the inner layer of which is made of insensitive plastic explosives (equivalent to 280 grams of TNT). Two sandwich panels are placed in a V-shape in each module and have the ability to reduce the effectiveness of single shaped-charge anti-tank missiles and rockets.

When a warhead hits the module and an explosive jet of shaped-charge (from a combination of molten copper) reaches the sandwich plates, the inner layer explosives will activate inside the plates and explode, and the steel plates will throw. Therefore, hitting the shaped-charge jet obliquely causes its deflection and reduces its effectiveness. 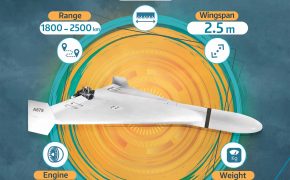