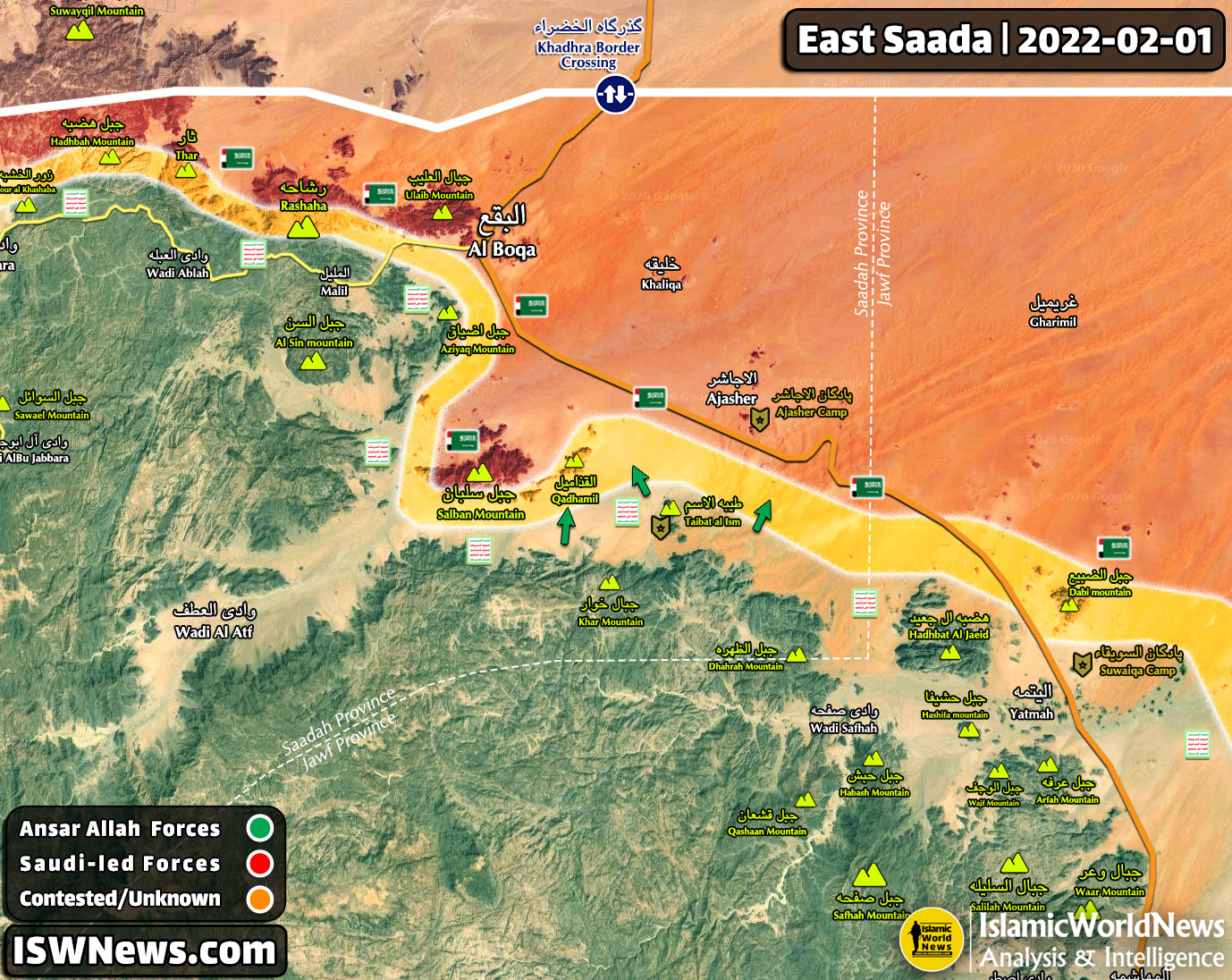 ISWNews Analysis Group: Ansar Allah liberated more than 160 square kilometers of the eastern region of Saada province from the Saudi coalition during an operation in northwestern Yemen.

Prior to the operation, Ansar Allah had liberated the town of Yatmah and its suburbs during Operation Fajr al-Sahra on December 24, 2021. Considering the direction of Ansar Allah progress in these areas, it seems that Ansar Allah’s goals in these operations are the following:

1- Clearing the mountainous areas north of al-Jawf province and the border areas of Saada province from the control of the Saudi coalition.
2- Ensuring the security of areas and roads leading to small towns such as: Kataf, Yatmah, etc.
3- Reducing the pressure from other fronts and disrupting the focus of the Hadi government on the battles of Marib.
4- Increasing pressure on the border areas with Saudi Arabia, which will force the Saudi coalition to deploy more forces in these areas.

AnsarAllah’s possible goals in future operations in the region could be to move to al-Atfin area, al-Ajasher base, al-Boqa town, and finally the al-Khadhra border crossing and enter Saudi territory.