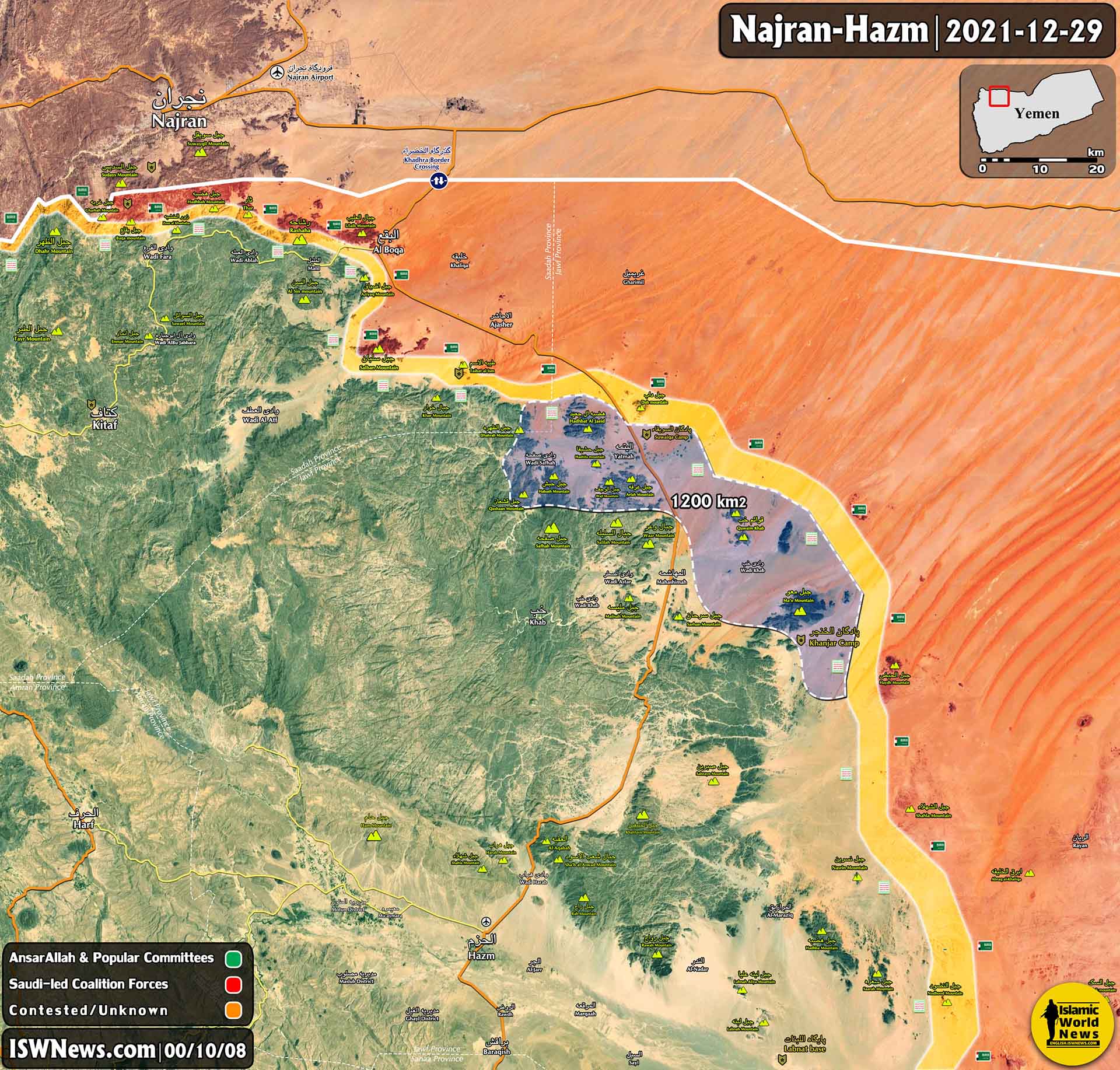 ISWNews Analysis Group: During Operation Fajr al-Sahara, more than 1,200 kilometers of occupied land in al-Jawf province were liberated from the Saudi-led forces control.

After the end of Operation Faamkana Minhom in March 2020, the clashes in al-Jawf province continued in the northern axis from al-Khanjar camp to al-Yatmah town and the eastern axis from the eastern desert of al-Maraziq to al-Labanat base. The Saudi coalition equipping local forces under the command of Sheikh Amin al-Akimi, the governor of Mansour Hadi in Jawf province, had focused its attacks on the northern heights of al-Jawf and the al-Khanjar camp. Al-Akimi, with the support of the Saudi coalition and the Yatmah tribes, repeatedly attacked Ansar Allah positions, and despite several limited Ansar Allah operations in the al-Dhahra and Qash’an heights, his attacks on Ansar Allahcontinued.

Finally, with the escalation of the clashes on this axis from December 4, Ansar Allah started Operation Fajr Al-Sahra.

In its initial stages, Ansar Allah succeeded in liberating the areas of Qarn Ibn Shaman, Qarn al-Hijra, and Malawi, and consolidated its fire control over the area by strengthening its positions in Jabal Arafah. This was followed by clashes in Jabal al-Hashifa and al-Ja’id, and the news of the coalition commanders fleeing from the Yatmah led the leaders of the Yatmah tribes to talk and compromise with Ansar Allah.

According to a statement from the Yemeni Armed Forces, Ansar Allah destroyed 15 military and armored vehicles in the operation. The death toll from the Saudi-led forces was 35, with 37 wounded and 45 captured.
Saudi coalition warplanes have also bombed northern al-Jawf more than 60 times, with little effect on Ansar Allah advances.
During the operation, Ansar Allah air defense shot down the 11th US-made Scan Eagle drone over the skies of Yatmah and in several other operations, prevented Saudi warplanes from entering the battles north of al-Jawf.

In the eastern axis of al-Jawf, clashes continue in the suburbs of al-Khanjar camp to the eastern desert of al-Maraziq and the hills of al-Alam.

As Brigadier General Yahya al-Sari’ pointed out in his statement, Ansar Allah has taken control of all important urban areas in al-Jawf province with the liberation of al-Yatmah, and the Saudi coalition has no control over any important point other than the eastern deserts of Khab and Shaaf district. 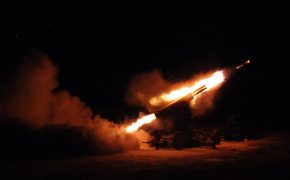