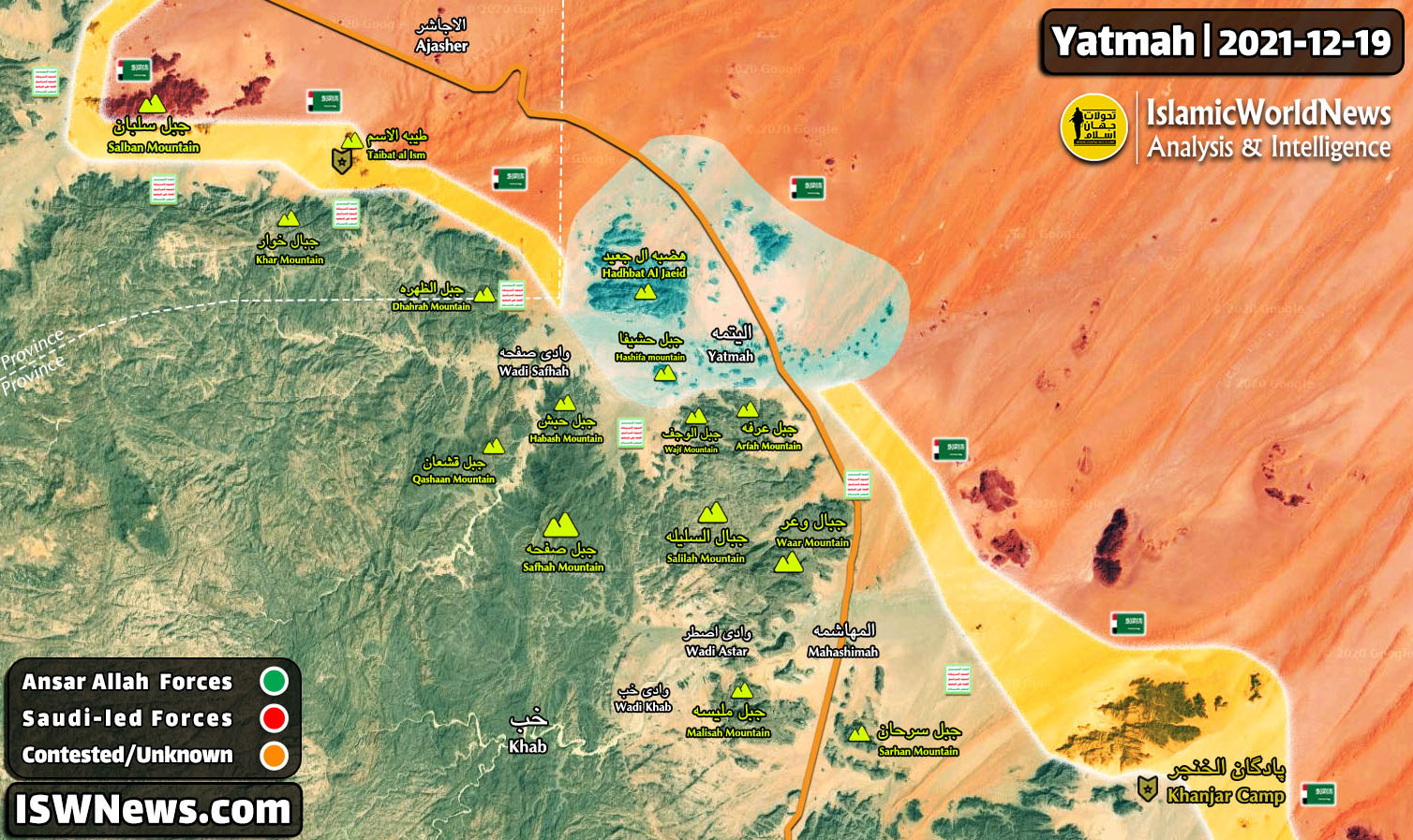 ISWNews Analysis Group: Following the withdrawal of Saudi coalition forces from the Yatmah area, Ansar Allah and the Yatmah tribes made peace without conflict.

The provisions of this agreement are as follows:
1- Ansar Allah fighters will not enter the town of Yatmah and the control of these areas will be handed over to the elders and representatives of the Yatmah tribes.
2- The weapons left behind by the Saudi coalition in their bases in Yatmah will be handed over to the tribal fighters to ensure the security of the region.
3- The Yatmah tribes have also pledged not to follow the Saudi coalition and to prevent the Saudi-backed figures from entering the Yatmah and attacking the Ansar Allah positions.

Currently, the clashes continue in the northern areas of al-Jawf province, and Ansar Allah is stabilizing the progress in this area.

Clashes between Ansar Allah and Saudi-led forces in the north of al-Jawf province began on December 4th and intensified with airstrikes by coalition warplanes. Finally, on December 16th, Ansar Allah launched an operation to liberate the Yatmah area and its suburbs, which is still ongoing.