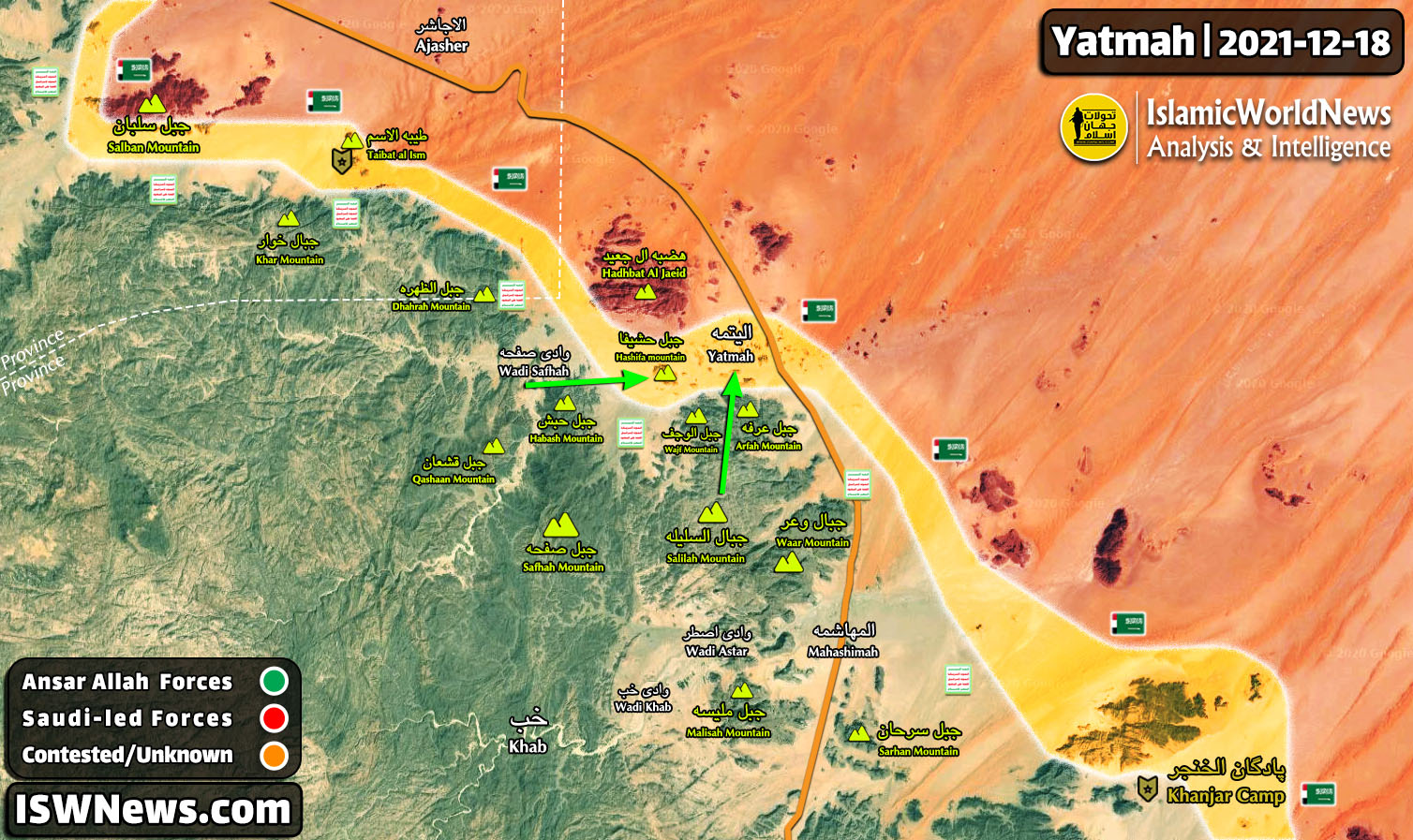 ISWNews Analysis Group: As a result of Ansar Allah operation in the northern axis of al-Jawf province, the Saudi-led forces withdrew from the town of al-Yatmah.

According to the latest news from al-Jawf front, Ansar Allah has succeeded in liberating the heights of Habash and Qasha’an in the north of al-Jawf province in the last two days. According to the ISWNEWS field source, the Saudi-led forces withdrew from the al-Yatmah area on the Hazm-Boqa’ road. However, Ansar Allah forces have not yet entered the area and advances on this front has not yet been stabilized. Talks are underway with local elders for Ansar Allah to enter the area. Ansar Allah’s usual policy has been to interact with the elders of the opposition tribes and prevent further bloodshed.

These areas have always been a place of conflict in recent months, and its suburban heights have been repeatedly changed between the two sides.

According to surveys of ISWNEWS, the conflict in the northern axis of al-Jawf province has intensified since December 4, and during this period, the Saudi coalition warplanes have bombed different areas in the districts of Khab and al-Shaaf and Hazm 27 times.

After the liberation of the town of Hazm during Operation Fa’amkan Minhom on March 1, 2020, Sheikh Amin al-Akimi, the governor of Mansour Hadi for the Jawf province, made the al-Yatmah area a center for preparing new attacks against Ansar Allah.
So, in such circumstances, two goals were of great importance to Ansar Allah: 1- Capturing the al-Yatmah area, 2- Capturing positions of the Saudi coalition in the al-Jawf desert like al-Kanais camp, etc.

Therefore, it can be said that Ansar Allah can achieve its first goal in al-Jawf, which is to capture the Yatmah, by carrying out a small operation simultaneously with operation in Marib province. The success of this operation in al-Jawf will ease the coalition pressure on Ansar Allah on the al-Jawf front.