Biden: ISIS leader killed by US attack in Syria 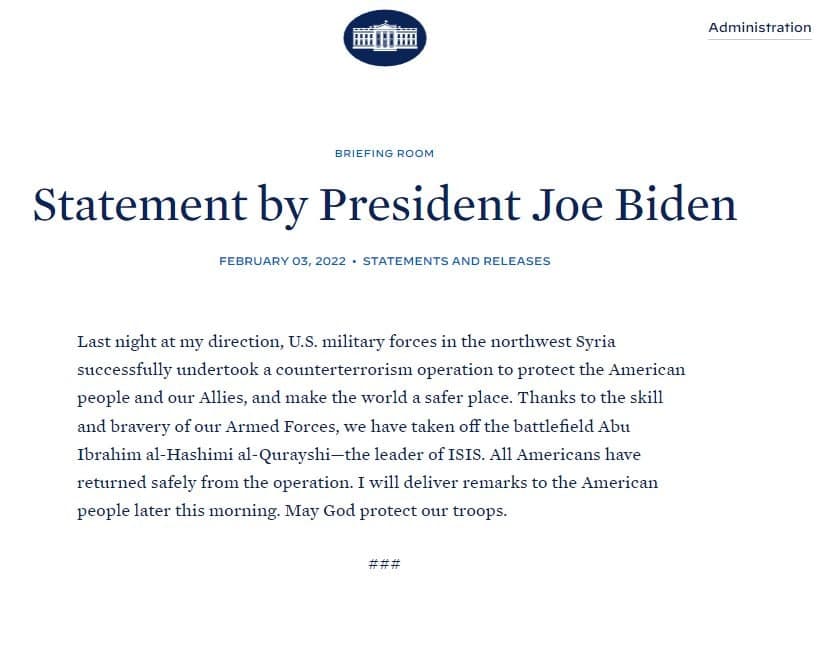 ISWNews Analysis Group: The White House has released a statement stating that ISIS leader Abu Ibrahim al-Qurayshi was killed in an attack this morning in the town of Atma in Idlib province.

US President Joseph Biden said in a statement: “Abu Ibrahim al-Hashimi al-Qurayshi, the leader of ISIS, was killed in a US-led operation in Idlib province this morning.” The US president also said there were no US casualties in the attack.

Abu Ibrahim al-Qurayshi was appointed to lead the terrorist group after the assassination of Abu Bakr al-Baghdadi, a former ISIS leader, in October 26, 2019. “Abdullah Qardash” and “Haji Abdullah” were his other names.