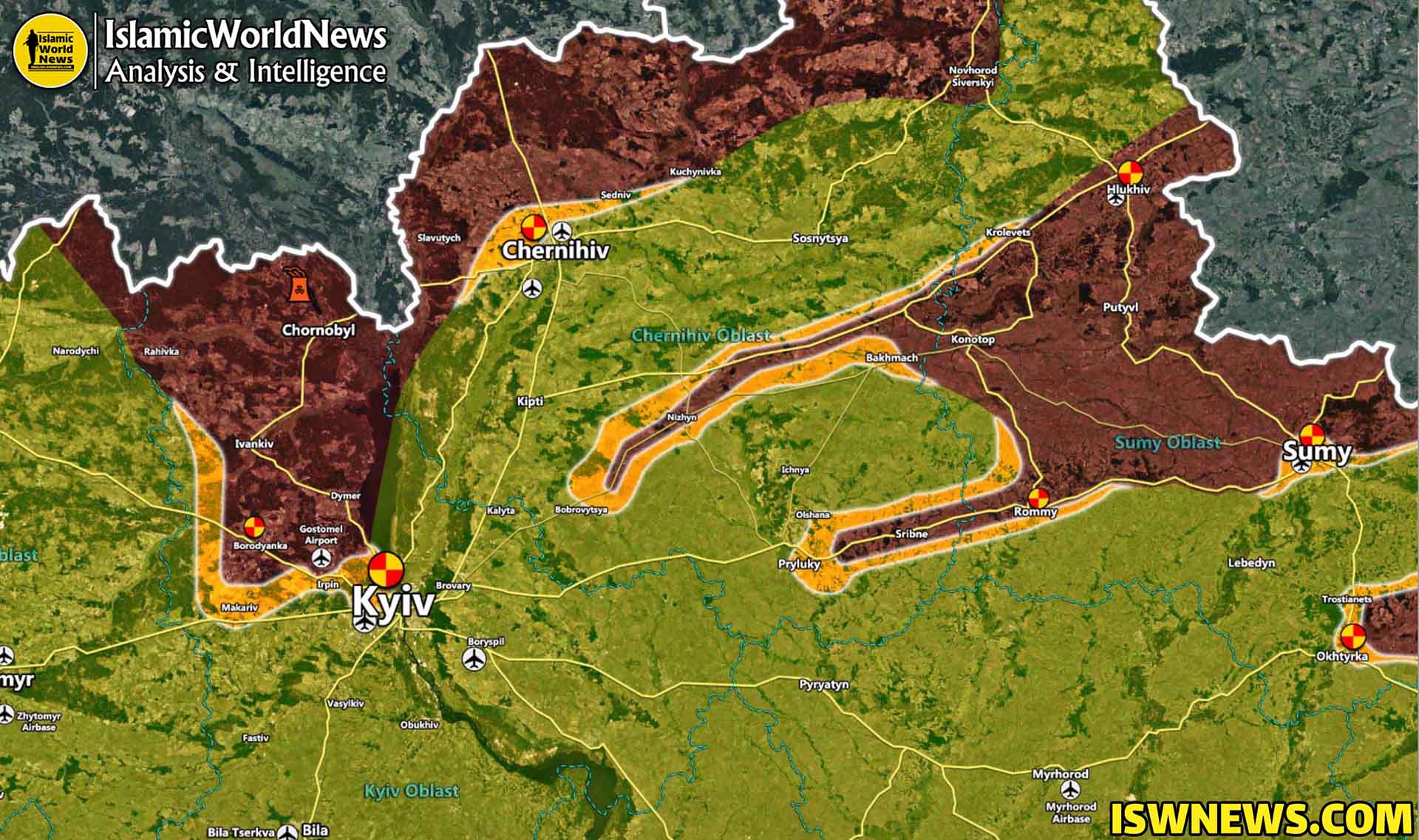 Review of the latest military changes in the north, east and south of Ukraine fronts until March 1.

Southern front:
On March 1, Donetsk People’s Republic (DPR) and Russian forces besieged the coastal city of Mariupol. Currently, Russian and DPR forces have infiltrated the northern part of the city, and clashes are raging in the city.

On the Luhansk front, Luhansk People’s Republic (LPR) and Russian forces managed to capture a number of villages north of Luhansk and reach the town of Svatove. The cities of Bilovodsk and Starobilks are also under Russian military control.

Eastern front:
There has been no significant change on this front, and heavy fighting continues around and inside Kharkiv, Okhtyrka and Sumy.

Northern front:
On the northern front, Russian army tanks were spotted in the Pryluky and Bobrovytsya areas. The Russian army appears to be advancing from the east, trying to reach Kyiv and lay siege to the important city of Chernihiv.
The military situation around the city of Kyiv is also unchanged, and clashes are taking place in the areas of Borodyanka and Makariv.