Unilateral Ceasefire By Russia in Ukraine 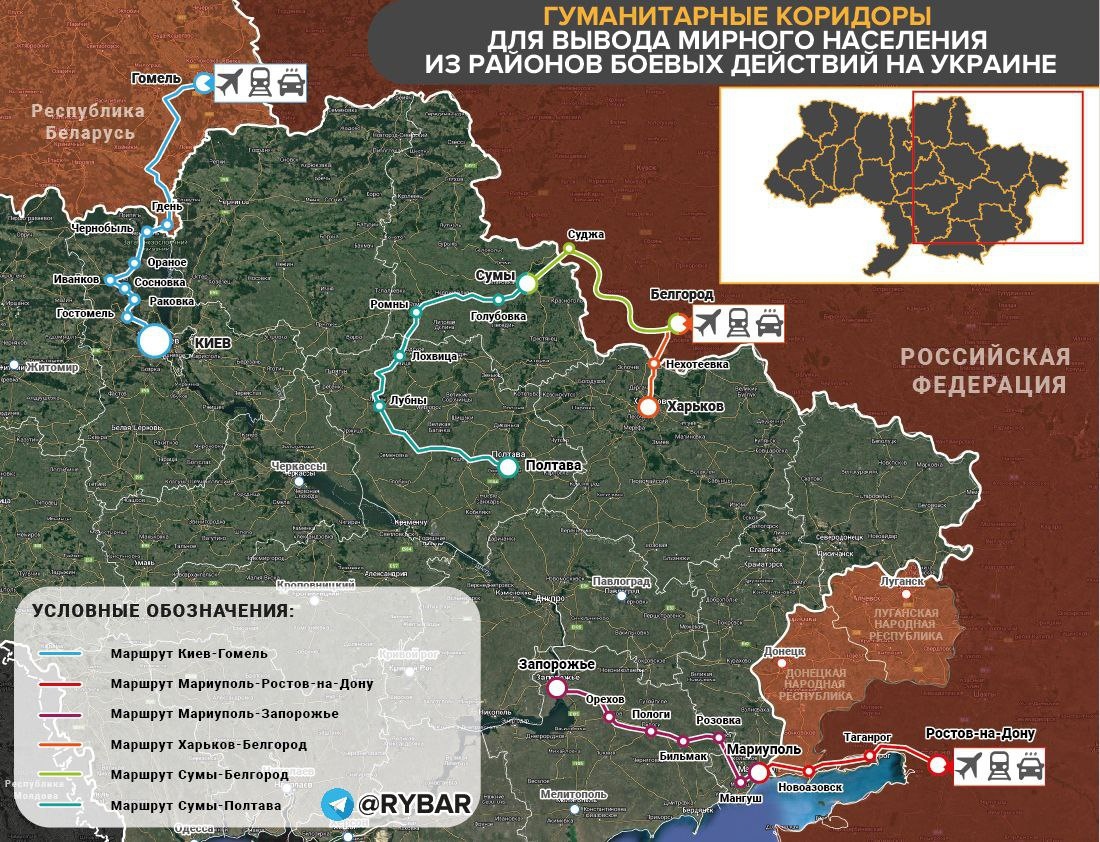 On March 7, the Russian military has declared a unilateral ceasefire in Ukraine since 10 a.m. local time. The ceasefire was reached at the personal request of French President Emmanuel Macron to Russian President Vladimir Putin.

Following the announcement of the ceasefire, four main routes were planned for the withdrawal of civilians from the northern, eastern and southern regions of Ukraine. These routes are announced from Kyiv, Sumy, Kharkiv and Mariupol.

Russia has asked Ukraine to provide all the necessary conditions for the establishment of humanitarian corridors and the safe evacuation of civilians and foreign nationals from the conflict zone.

It should be noted that in previous ceasefires, the Ukrainian side has prevented the complete evacuation of civilians in some areas or created problems in the evacuation process.

Hours after the ceasefire was announced, a number of people managed to leave Ukraine, but according to field evidence, Ukrainian extremist forces prevented people from leaving most areas, and there were even reports of shootings on buses.

A Russian Defense Ministry spokesman said that the Ukrainian side had not taken any steps to establish humanitarian corridors by 1 p.m. However, he said that so far more than 168,000 people have been evacuated from conflict zones in Ukraine, of which 43,469 are children. Russia has also delivered 882 tons of humanitarian cargo to Ukraine so far.

The time of the end of this unilateral ceasefire has not been announced.