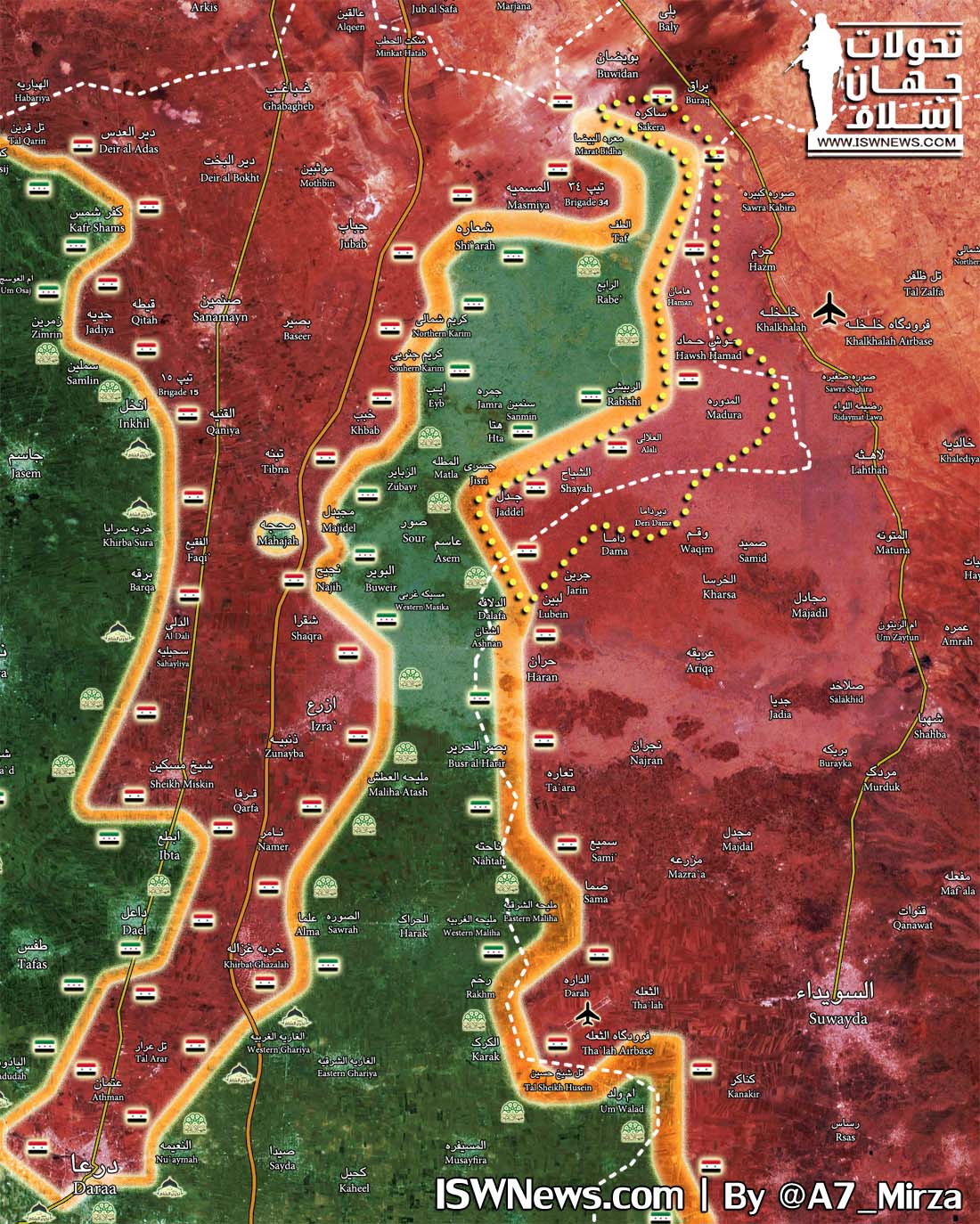 After SAA’s advances, words are out about tendency of militias & Lajat locals towards a compromise.

Despite recent speculations about absence of Russia’s airforce in operation of south, fighter aircrafts of Russia played a prominent role in bombardments of militias in Lajat region.