Shooting in the heart of Tel Aviv; Three killed and 15 wounded! 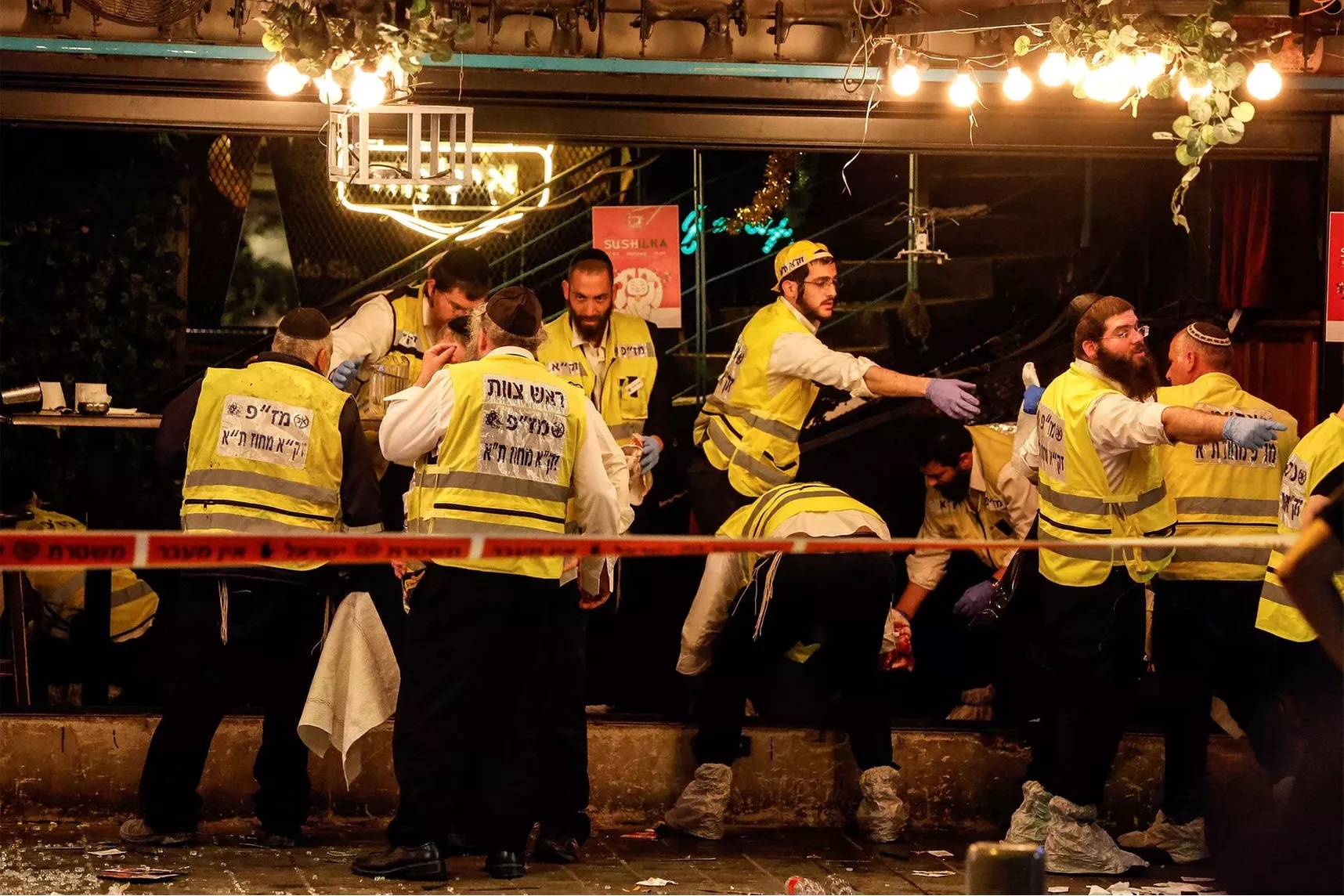 ISWNews Analysis Group: Two Israelis were killed and 15 others were injured in a shooting by a Palestinian man in central Tel Aviv.

On April 7, Hebrew media reported gunshots being heard on Tel Aviv’s Dizengoff Street. Minutes later, it was revealed that an unknown person had fired at the Israelis with a firearm and then fled the scene. As result of the attack, two Israelis were killed and 15 others were injured. Later, Hebrew sources stated that another Israeli succumbed to his injuries in the shooting attack in Dizengoff Street.

After the incident, hundreds of soldiers and security forces took to the streets of Tel Aviv after Israeli police declared the incident a terrorist act. Israel officials said over 1,000 members of the Israeli police, army special forces and the Shin Bet intelligence service were involved in a search operation to find the perpetrator of the shooting.

The operation was carried out by a 29-year-old Palestinian named “Raad Fathi Hazem” from Jenin. After hours of pursuit, he escaped from Dizengoff to Jaffa and was shot dead by Israeli forces.

The Hamas Islamic Resistance Movement, in a statement congratulating and condoling the martyrdom of Palestinian hero Raad Hazem, stressed that the resistance in Palestine will continue until the end of the occupation.
Lebanese Hezbollah also congratulated the heroic operation in Tel Aviv in a statement: “We call on all the free people of the world and the Islamic and Arab Ummah to stand by the Palestinian people and support them.”

CCTV footage showed people drinking then suddenly dashing away at the moment of the attack, overturning chairs in the scramble to escape. Video from Dizengoff Street showed people running away as emergency vehicles poured into the area, sirens wailing.

The two people killed were named as Eytam Magini and Tomer Morad, both aged 27.

The report says it’s believed that Hazem prayed at the mosque on Yefet Street in Jaffa before going on his mission. Hazem returned to the area of the mosque after the attack. After a massive manhunt, he was located hours later, hiding near a mosque and was killed in an exchange of fire with officers from the Yamam forces and Shin Bet security service.

It should be noted that 14 Israelis have been killed in recent weeks by the Palestinian operations in the occupied territories. This is the deadliest period of attacks against the Israeli occupiers since 2006. The Palestinian operation is being carried out successfully while the Israeli regime is on full alert and has recently launched a special security operation to counter Palestinian attacks in the occupied territories. Thus, the failure of the Israeli regime to prevent such operations has created a severe wave of fear and anxiety in Tel Aviv and other occupied areas. A new chapter of operations against the Israeli occupiers seems to have begun, and with the approach of Eid al-Fitr and the Christian and Jewish holidays, we are witnessing an increase in operations and Israeli casualties.